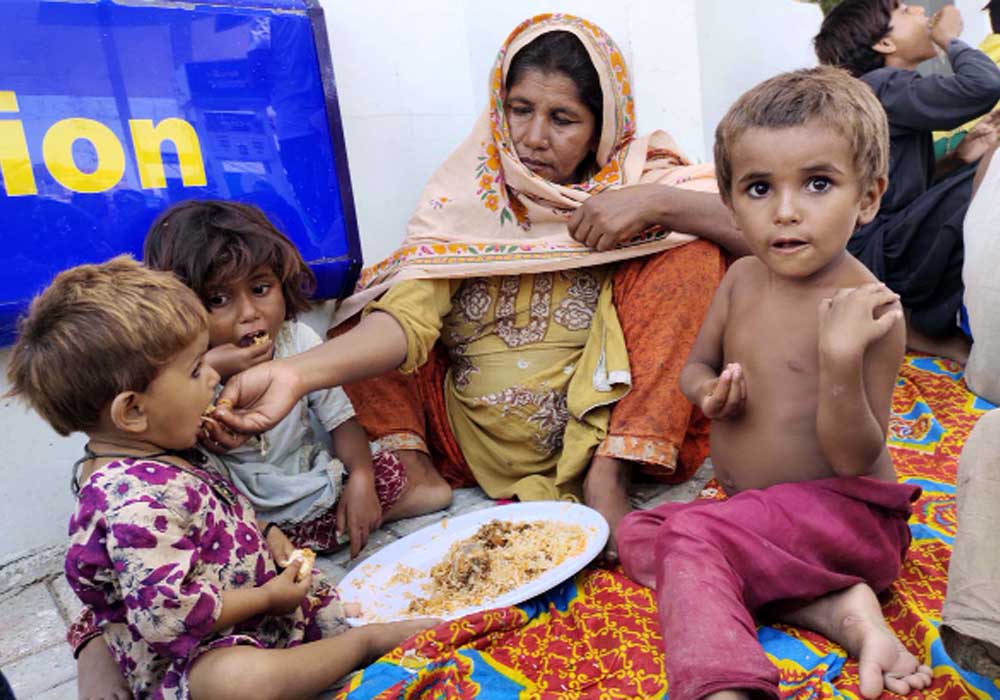 Despite the tall claims of both Sindh and federal governments regarding the provision of basic amenities of life to around 12 million flood victims, including those displaced from their villages and low-lying localities, more than 90 per cent of the victims are still in desperate need of food, shelter, medicines and clean drinking water.  These victims have been forced to live on roadsides and at the so-called relief camps across 23 ravaged districts of the province.  Millions of people are suffering after their localities were flooded, crops washed away and cattle heads perished. Forced to save their lives by moving to safer areas, they were found roaming from one place to another in search of relief items for their starving families.

“The lawmakers, local persons on rain emergency, government officials and leaders of the ruling parties have been untraceable for the past many days after affected people started moving to relief camps and safer places along roadsides and sandy dunes to take shelter under open skies,” said Mohammad Soomar Chandio on Tando Bago-Jhuddu Road.  Chandio said he and hundreds of people of submerged settlements waded through thigh-high waters in their respective villages and reached the roadsides along with some cattle heads, leaving their houses and other structures with belongings unguarded, but they had not seen officials or lawmakers with relief items so far, except a few people of religious parties who distributed cooked rice among them.

He said that after weeks of their displacement from their marooned villages, they had also lost hope to get any relief from the government this time around, unlike the floods in 2011 when they were given enough items and Rs10,000 to each affected family in their area.

Somji Kolhi, who along with his other family members took shelter on the roadside, shared a similar story of devastation and destruction of their standing crops, crumpling walls of their mud-houses and cries of their sick and hungry children who were also in tatters.

He said floods in his marooned village near Malkani Sharif town of Badin district had been caused by breaches in the irrigation canals. He recalled that back in 2011 when he was a teenager and depended on his parents, they were hit hard by floods and then had to migrate to sandy areas near Naukot town where they faced no such hardships, as they were allowed to live in the tent city set up by government functionaries.