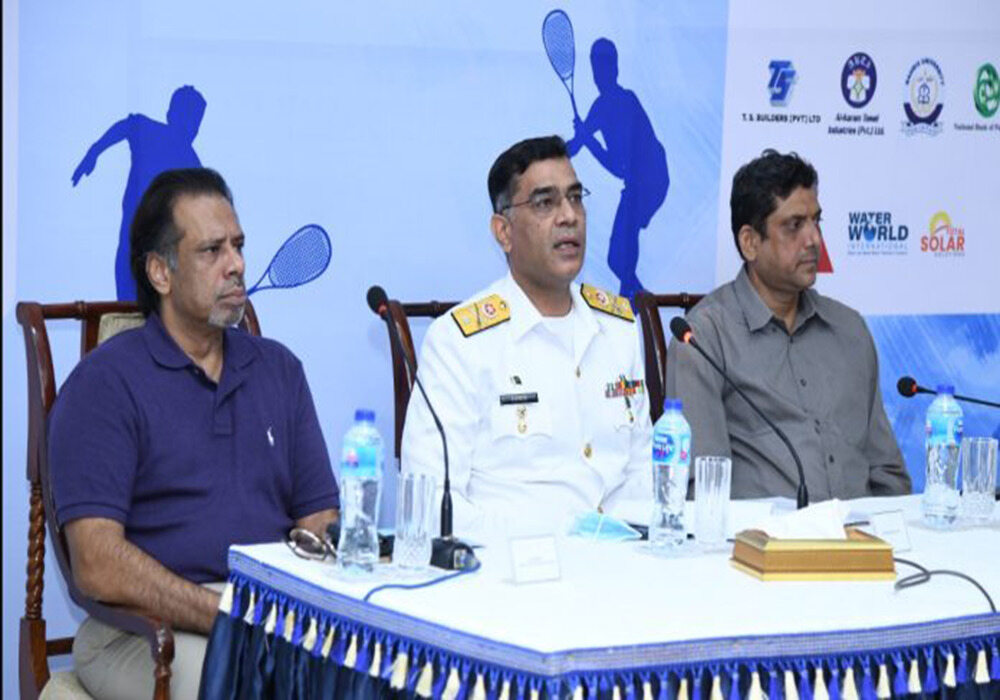 The 15th Chief of the Naval Staff (CNS) International Squash Championship 2021 will start from today at the Roshan Khan Jahangir Khan Squash Complex. A total of 23 matches will be played in the championship, which will continue till November 6.

Pakistan Navy (PN) has had an old and deep rooted association with the game of squash. This association of PN with Squash dates back to the independence of Pakistan.

Initially, squash was started at a single court at Manora. The game was promoted with the passage of time and best infrastructure was constructed by PN to offer facilities of international standard to both, veteran as well as new players of squash. He further said that as a result of these efforts, today Roshan Khan Jahangir Khan Squash Complex was Pakistan’s largest world class squash complex. This journey from single court to its present stature was possible by commitment of PN to promote sports. Pakistan Navy’s Roshan Khan Jahangir Khan Squash Complex was named after two legends of the game, Roshan Khan and Jahangir Khan.

It was inaugurated by Admiral Y H Malik on June 19, 1991. The purpose built complex comprises of five courts of international standard. Moreover, a modern 4 sided glass court has been under construction, which once completed, would add to the magnificence of this complex. The tournament director acknowledged the generous contribution of valued sponsors for standing with Pakistan Navy for the promotion of sports. He also admired support of Pakistan Squash Federation and Sindh Squash Association for the tournament.