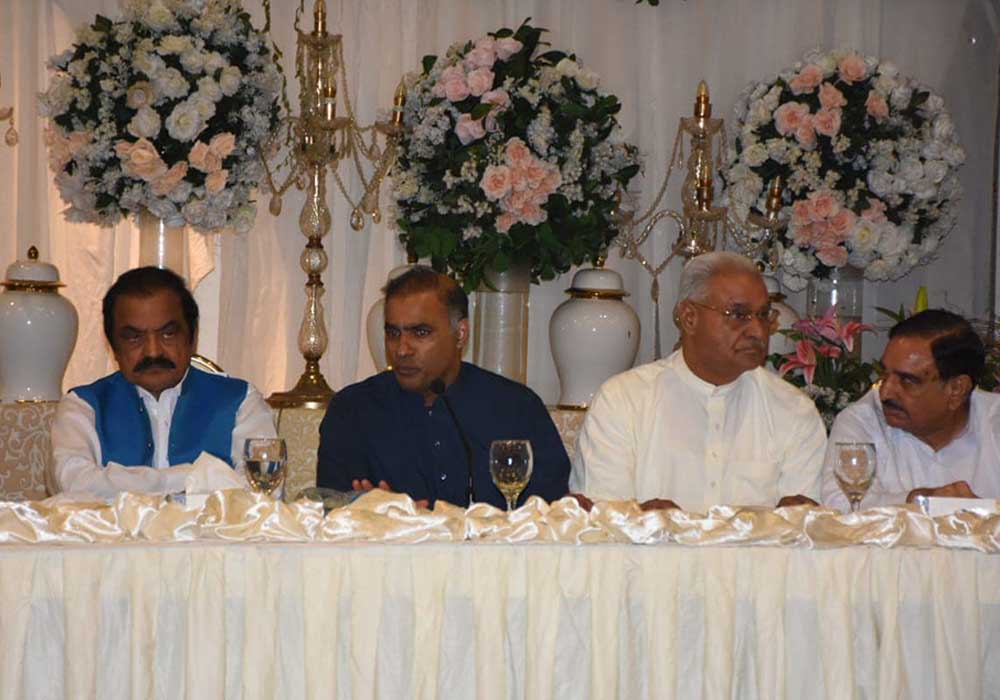 After a long time, the two factions of the Pakistan Muslim League-Nawaz (PML-N) have united for the by-elections of the National Assembly NA-108 Faisalabad constituency.

Federal Interior Minister Rana Sanaullah Khan and Abid Sher Ali announced joining hands to succeed in the by-elections. In this regard, other members of PML-N will fully support the candidate of the National and Punjab Assemblies, Abid Sher Ali, and they have been strictly prohibited from speaking about any kind of dissent.

In Faisalabad, the PML-N had formed two groups in the past. One group is led by Rana Sanaullah Khan while the other group is led by former members of National Assembly Chaudhry Sher Ali. From 2008 to 2018, Sanaullah was the provincial law minister in the PML-N government in Punjab, while Chaudhry Sher Ali kept accusing Sanaullah of killing more than a dozen people. In this regard, he also held several press conferences, but in response, Sanaullah never gave any explanation.

In the past, Sanaullah was elected from the constituency of the provincial assembly and became the law minister of Punjab, but a rift continued between the two groups. In this regard, the former prime minister Nawaz Sharif and current Prime Minister Shehbaz Sharif had tried many times to reconcile between the two groups but could not succeed.

Polling for the by-elections of the National Assembly constituency will be held on September 25, and in this regard, the PML-N has united for the first time in Faisalabad to succeed in the election. Sanaullah Khan united the factions after many years by developing an effective strategy, and he strictly stopped all the members of the National and Punjab Assembly, as well as district and city organisational officials from uttering any kind of dissenting words.

Addressing the participants, Sanaullah said that this by-election was not only for Abid Sher Ali but for every worker of the PML-N. This election should be considered “Nawaz Sharif vs Imran Khan”, he said. He also said that if Abid Sher Ali could not reach any area for electioneering, the campaign should be continued keeping in mind his busy schedule. “Whoever does not support us will not be a member of the party again.”

According to sources, Nawaz Sharif broke peace between Sanaullah and Abid Sher Ali in England in May, after which the members of both factions united in Faisalabad. They have expressed their determination to make joint efforts for the success of the NA-108 by-elections. It should be noted that in the general elections of 2018, the contest between PML-N candidate Abid Sher Ali and Pakistan Tehreek-e-Insaf candidate Farrukh Habib was very sensational. Farrukh Habib got 112,182 votes while Abid Sher Ali got 110,907 votes, so the PTI secured the seat with a margin of only 1,275 votes. However, this time the contest will be between Abid Sher Ali and PTI Chairman Imran Khan in the constituency.