More deaths feared as many victims have serious burns 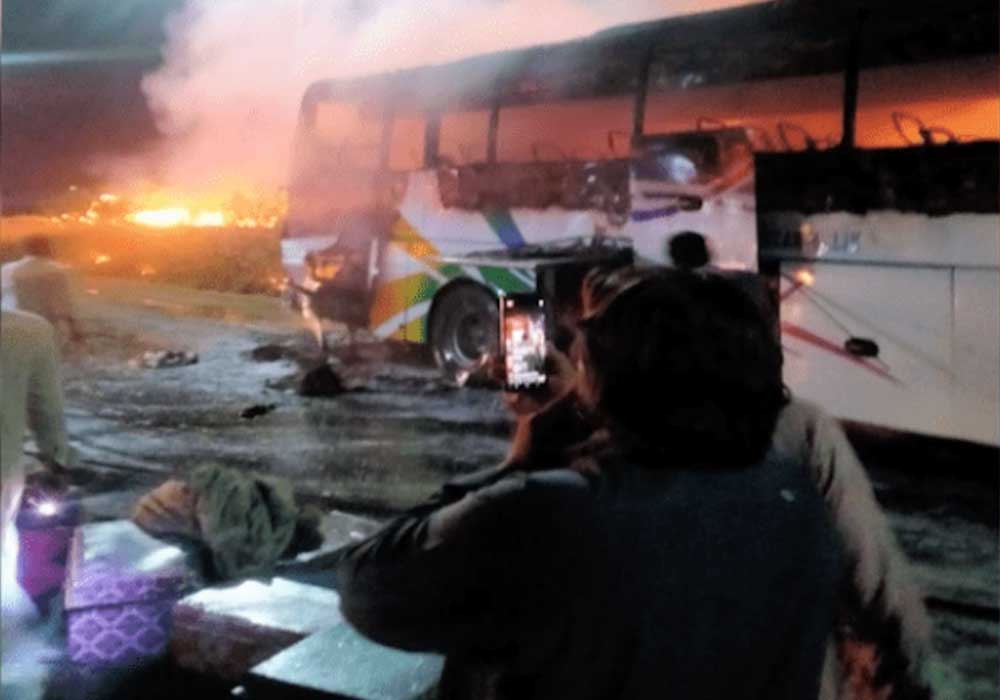 The victims burned alive. DSP Wajid Hussain Thaheem, DSP Motorway Ayub Tareen and SHO Nooriabad Police Station Mohammad Hashim Brohi reached the scene of accident along with other personnel and officials of Motorway to rescue the bus passengers. The bus was completely engulfed in flames. They confirmed that they had recovered 13 bodies from the damaged bus. DSP Wajid Thaheem said the bus was carrying nearly 60 flood victims from Khairpur Nathan Shah of Dadu district, who had taken shelter at relief camps in Karachi.

Officials fear the death toll might rise as many of the victims received serious burn injuries. They said that the men tried to jump from the bus to save their lives. Bodies of some of the children were still in the burnt bus. Most of the victims were from the Mugheri community and had been shifted to the relief camps in Karachi by officials after their settlements were inundated by floodwaters in one of the worst affected region of the province.

Taking the notice of the accident, Sindh Chief Minister Syed Murad Ali directed DC Jamshoro Mohammad Asif Jamil and SSP Javed Baloch to rush to the spot but both officials could not reach the venue to supervise the rescue operation due to unspecified reasons. The rescue team of Edhi Foundation and others, however, reached the site with fire tenders to control the inferno. The dead bodies and those injured were shifted to Liaqat Hospital in Jamshoro and Hyderabad.