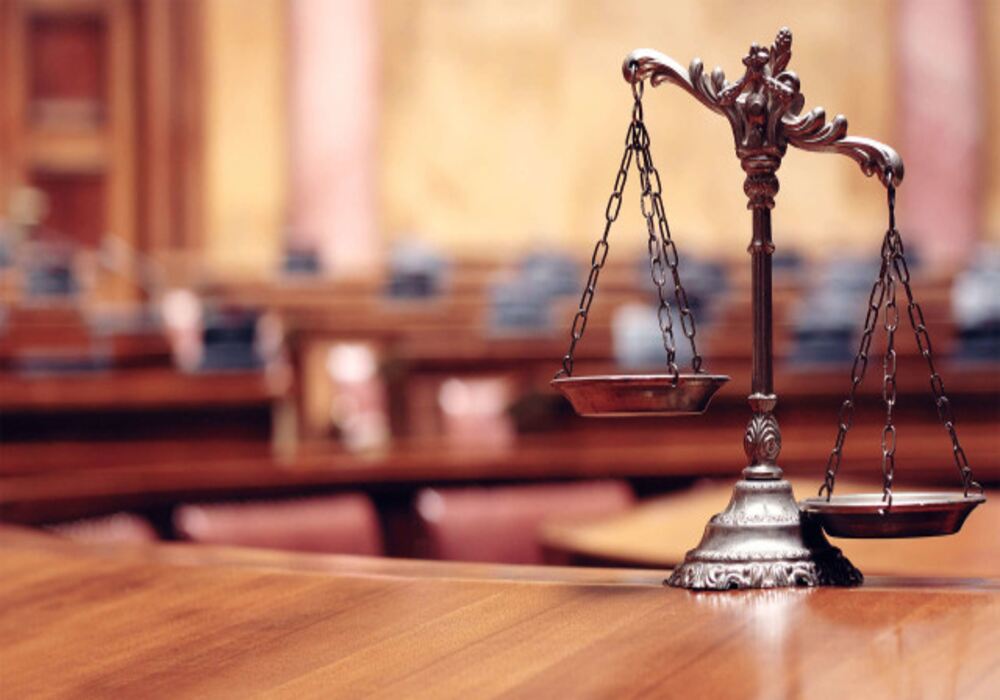 The modern national/democratic states are run on the well-established principle of separation of powers—in the Constitution of Islamic Republic of Pakistan [“the Constitution”] this is well-enshrined as trichotomy of powers. Under the trichotomy of powers doctrine, the legislature makes laws, the executive branch implements the same through policies/procedures and the judiciary as an independent arm of the state ensures dispensation of justice within the command of the Constitution by interpreting laws to address the conflicts/disputes brought for it, for the smooth running of the country’s affairs. Problems arise when any of the three pillars of the state abuses powers assigned to it by the Constitution. The legislature and executive are bound by the Constitution to obey the judiciary’s orders and their non-compliance can lead to severe consequences. Undoubtedly, judiciary always enjoys powers of oversight to keep the legislature and executives within the four corners of the supreme law of the land—Constitution of Pakistan—and laws/rules/regulations framed thereunder.

Due to weaknesses of democratic institutions in the underdeveloped countries, the higher courts, having constitutional powers, often tend to transgress. This constitutes a major challenge for elected governments. Acts of higher judiciary on the one hand weaken democracy and on the other lead to political instability resulting in negative impact on economic growth. The fourth chief justice of the United States of America (USA), John Marshall (1755–1835), who remains one of the most honoured members in court history and who served on the Supreme Court for 34 years, the longest tenure in USA history, highlighted the role of the courts and use of discretion in John Marshall Osborn v. Bank of the United States, 22 U.S. (9 Wheaton) 738, 866, 1824 as under:

John Marshall’s views clearly draw the lines between use and abuse of the power by judges. Countries with nascent democratic systems always struggle to maintain a balance between the three pillars of the state. Weak and ineffective system and mechanism for the accountability of judges bestows unfettered powers to courts, which ultimately pave the way for undemocratic forces, with money power, to gain access to the corridors of power and control state’s apparatus.

Courts’ interference in executive matters is not a new phenomenon in Pakistan. We have a long history of uninformed and inconsistent judgements pronounced by the courts. We have witnessed frequent application and revival of the doctrine of necessity—unfortunately Pakistan was once labelled as trustee of kangaroo courts due to some controversial decision at the highest level. However, in last 75 years, we have utterly failed to reform the out-dated and inefficient judicial system where millions of cases are pending, especially at the lower judiciary that takes years for the common citizens to obtain relief. The legislature, instead of giving consideration to this sorry state of affairs has granted self-accountability to the judges. For non-delivering, there is no mechanism to enquire from the courts the reasons for inordinate delay in dispensation of justice. The higher judiciary being custodian of the fundamental rights, instead of upholding the Constitution of Pakistan, has been facilitating dictators and powerful militro-judicial-civil complex because of which elected governments were thrown out on flimsy grounds while dictators given legitimacy. Civilians are placed behind bars and disqualified from holding public offices on merely difference of opinion.

It is a fact that in the past, many judgements of our courts proved controversial, disliked/disapproved by the public at large, independent legal minds and even the judges who authored them. The famous example is that of judicial murder of popularly elected leader, Zulfikar Ali Bhutto. In this case, the compromised role of some judges led to his hanging on April 4, 1979. One of the judges involved later admitted on the national television that “cases where establishment has its interests, the judges have been passing judgements under pressure”.

The legacy of imprudence continues till to date as evident from some judgements based on political situations/compulsions rather than strict interpretation of law. One such recent example surfaced in the constitutional petition number 22 of 2022 titled Chaudhry Parvez Elahi versus Deputy Speaker, Provincial Assembly of Punjab, Lahore and others. The controversy arose when votes of ten members of Pakistan Muslim League Quaid [PML(Q)] were excluded from count as they failed to follow directions given by the party head of PML(Q) to the members of the parliamentary party as envisaged in Article 63A(1)(b) of the Constitution of Pakistan. In this case, the court opted for a different interpretation of law than what it adopted while deciding a similar question of law vis-à-vis the powers of a party head—reference para 112, 113 of District Bar Association, Rawalpindi and others v. Federation of Pakistan and others (PLD 2015 SC 401).

Interestingly, the sitting Chief Justice of Pakistan was the member of the benches in both the cases that pronounced the conflicting interpretations of law. In the short order issued in constitutional petition number 22 of 2022, the court conveniently backtracked from its earlier decision of full bench that the Chief Justice was part of while giving the following rationale:

Needless to say that Supreme Court is not slave of its own orders, but inconsistency must be avoided as f

Needless to say that Supreme Court is not slave of its own orders, but inconsistency must be avoided as far as possible and there should not be a casual attitude toward following the principle once settled. Changing it at a later stage may affect the parties earlier suffered the brunt. This casual and potentially incoherent behavior, of some judges of the superior courts, has ruptured the legal fabric of the nation tarnishing the institution’s credibility of independence, impartiality and uprightness. The common perception is that decisions having political footprints/connotations/implications that are mostly devoid of legality, precedents or logic, are made on the alleged whims and directions of our mil-establishment.

Likewise, interference in executive and political matters has recently seemed to become the favourite pastime of our judges.  High profile political cases are taken up within hours of their filing whereas the suffering common man seeking justice has to wait for decades. In political cases and in utter defiance of law of the land, courts have assumed the role of arbitrator where they facilitate different political opponents in finding a mutually acceptable solution. The scope of judicial exercise of powers is strictly limited to interpretation of law not about coining new laws and techniques. The most recent political saga happened in the most populous province of the country, where the Governor of the province issued order for summoning the session of Provincial Assembly requiring the Chief Minister Punjab to obtain vote of confidence on December 21, 2022. The Governor’s order was not abided by the Chief Minister. Consequently, in exercise of powers conferred under Article 130(7) of the Constitution of Pakistan, read with Rule 22(7) of the Rules of Procedure of the Provincial Assembly of the Punjab, 1997 (Rules), the Governor declared that the Chief Minister of Punjab ceased to hold his office with immediate effect.

In the above case, the Lahore High Court, instead of deciding the matter strictly as per law, seemingly showed interest in arbitration between two parties asking the Chief Minister to submit an undertaking that he would not advise the Governor for dissolution of the assembly. After furnishing the same, the Governor’s order was suspended. Strangely, the bench did not share any legal reference that allows the court to call for such an undertaking opting for an innovative way of dispensing justice rather than ruling on a simple question of law. The five-member bench first deviated from the Constitution of Pakistan by suspending the Governor’s order related to cessation of chief minister’s powers and then reinstated him though as per law he was under obligation to prove assembly’s confidence in him. Secondly, the court barred the chief minister from exercising his legal right of dissolving the assemblies. Such judgements aid in intensifying chaos in the country and sometimes can even lead to anarchy.

In recent years, the country has paid a huge price for some inappropriate decisions of the higher courts. Apart from poor international rankings in many areas, the courts’ decisions could not sustain at various international forums, e.g. decision in the Reko Diq case wherein we were slapped with a fine of  US$6 billion, in the Karadeniz Elektrik Uretim A.S case, the International Centre for Settlement of Investment Disputes (ICSID) Tribunal disagreed with the Supreme Court’s findings and concluded that there was no specific corruption and, of course, the embarrassing decision in the case of Indian spy Kulbhushan Jadhav.

The legislature should realise that the country cannot make progress with this state of affairs. Our judicial system needs to be reformed and completely overhauled. The appointment of judges in high courts and Supreme Court needs reconsideration. Preferably these should be through open hearings. The nomination process should be in consultation with elected representatives and committee of experts elected by public at large as their representatives. The lower judiciary should be given proper infrastructure, training, tools and researchers, after recruitment through a transparent system.

Judges for special laws/areas should be appointed with reference to required qualification and experience in the respective area of specialisation, and must be trained accordingly. The training should be an ongoing process for all judges to keep pace with fast changing laws, environment and technology.

The existing huge backlog of over three million plus cases should be taken care of by reappointing experienced judges and given stipulated framework to decide all the matters. There should be a proper filtration/scrutiny process to weed out frivolous cases. The cost must be awarded invariably in all cases filed without any justification or in abuse of the system or covered by exiting binding precedents. The newly-filed cases must be disposed of by existing judges within one year at the most.

The state must eliminate the causes of undue litigation by providing transparency and seamless enforcement of rule of law. It must be remembered by all stakeholders that the blanket immunity to judges from accountability for their questionable actions/inactions in a country like Pakistan is not empowering the judiciary but promoting abuse of powers that has been causing perpetual political instability as well as economic meltdowns/disasters.

Dr. Ikramul Haq, Advocate Supreme Court, specialises in constitutional, corporate, media, intellectual property, arbitration, international taxation, IT and ML/CFT related laws. He is author of many books on law, economic and political history of Pakistan, drugs, arms, terrorism and related matters. He has been studying phenomena of arms-for-drugs, narco-terrorism and global heroin economy since 1979 and authored Pakistan: From Hash to Heroin and its sequel Pakistan: From Drug-trap to Debt-trap. He studied journalism, English literature and law. He is Chief Editor of Taxation He is country editor and correspondent of International Bureau of Fiscal Documentation (IBFD) and member of International Fiscal Association (IFA). He is Visiting Faculty at Lahore University of Management Sciences (LUMS) and member Advisory Board and Visiting Senior Fellow of Pakistan Institute of Development Economics (PIDE)