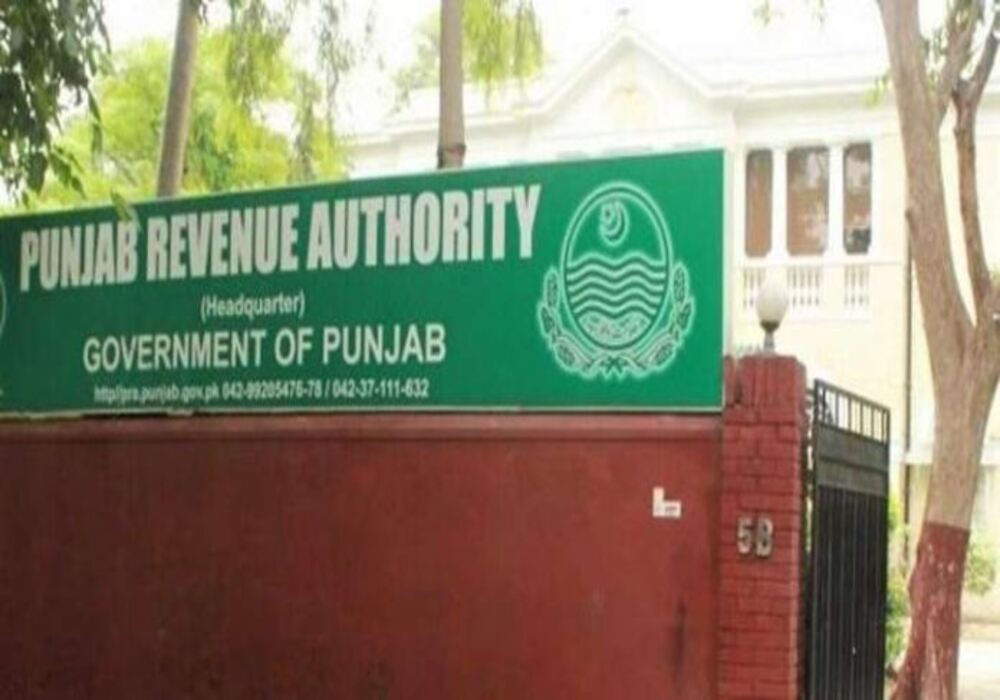 Punjab Revenue Authority (PRA) Chairman Zainul Abedin Saki has ruled out the possibility of creating one organisation—Pakistan Revenue Authority—in the name of the harmonisation of taxes. “If the federation and the provinces have the same tax laws and rules then that is not harmonisation,” he argued while addressing a conference on “Ease of doing business in Pakistan: a case for tax harmonisation” organised by the Sustainable Development Policy Institute (SDPI) in Islamabad on Dec 6. Incidentally, Punjab is ruled by a PTI-led coalition government—Harmonising’ taxes is causing friction, Dawn, December 16, 2019

The above statement by a senior functionary of the most populous province of Pakistan, even after lapse of four years, reminds all of us that the real issue faced by Pakistan in 2023 and beyond remains that of centralization versus federalisation of economic planning and fragmentation of tax collection, especially in the wake of Constitution (Eighteenth Amendment) Act, 2010 [“18th Amendment”] that received the President’s assent on April 19, 2010.

The stated purpose of amendments relating to taxes in the 18th Amendment was to give the federal and provincial governments well defined and unambiguous rights to raise revenues, judiciously, fairly and efficiently, ensure ease of, and reduce cost of doing business. On the contrary, there has been creation of many conflicts and contradictions making things more cumbersome for the taxpayers. Neither the federation nor the federating units have overcome fiscal deficits while the cherished dream of well-being of all the citizens remains unfulfilled.

Of late, the imposition of two taxes [section 7E of the Income Tax Ordinance, 2001 (tax on deemed income with reference to fair market value of certain immovable properties)  and section 8 of the Finance Act, 2022 (Capital value tax 2022)] by the Parliament through the Finance Act, 2022 (Act XIII of 2022) and their interpretation by the Sindh High Court in its decisions Hakimsons (Impex) (Pvt) Ltd & Others v Federation of Pakistan and Others and Irfan Hussain Halai & others VS Federation of Pakistan & another have once again ignited the heated debate about the scope and import of different entries contained in Part I, Federal Legislative contained in the Fourth Schedule to Constitution of Islamic Republic of Pakistan [“the Constitution”] vis-à-vis legislative competence of Parliament and provincial assemblies. The matter will now be finally settled by the Supreme Court of Pakistan within the parameters of Articles 141 and 142 of the Constitution. Besides complex issues of constitutionality, the matter is also related to discerning of legislature’s intentions behind the 18th Amendment. Apparently the real issue of federalisation of tax collection versus centralised remains unattended.

The questions relating to federalisation of tax collection versus centralisation as well as fragmentation of tax system was raised in Overcoming fragmented tax system, Business Recorder, October 19, 2018 and Case for All-Pakistan Unified Tax Service: PTI & innovative tax reforms, Business Recorder, August 31, 2018, which have seemingly been overlooked by all stakeholders and no meaningful public debate was ever initiated by legislators in Senate, National Assembly and provincial assemblies.

In an appraisal paper, Innovation in Tax Compliance, related to Pakistan Raises Revenue (PRR) programme, the World Bank (WB) has termed “vested interests lobbying for tax exemptions, internal tensions and wariness of change among the Federal Board of Revenue (FBR) staff, and potential disputes affecting provinces’ readiness to collaborate with the FBR as high-risk factors” for tax reforms.

In the above paper of 2019 the WB estimated, “Pakistan’s tax gap at 10% of the GDP or Rs. 3.8 trillion”. In 2019, our tax-to-GDP ratio was 12.6% that according to the WB should have been 23%. Among the 13 federal countries, Pakistan is second to last in the performance of provincial governments for tax collection. The WB’s analysis was: “Pakistan has a complex tax system of over 70 unique taxes and at least 37 government agencies administering these taxes”.

The issue of fragmentation of taxes and multiple collection agencies was discussed in detail in Case for All-Pakistan Unified Tax Service: PTI & innovative tax reforms [Business Recorder, August 31, 2018] and viable solutions were offered to solve pressing issues. It is worthwhile to mention that the WB never acknowledged in any of its papers/reports related to PRR contributions of local writers and presented the same as its own recommendations.

Undoubtedly, Pakistan is caught in a dilemma: Centre is unwilling to grant provinces their legitimate taxation rights and on its own collects too little to meet the national overall demand. Since the size of cake (Divisible Pool) is small, the provinces lack sufficient resources for the welfare of their people as they are also not ready to impose progressive taxes on the rich and mighty that are under their domain now after the 18th Amendment. In this scenario, the real sufferers are the masses (Flawed tax reforms agenda, Business Recorder, November 15 & 21, 2019).

The taxation rights under the Constitution between the federation and federating units need reconsideration allowing provinces to raise adequate resources that will also help in overcoming overall fiscal deficit faced by the federal government. For example, Balochistan should get “net proceeds” of Excise Duty on natural gas, and Khyber Pakhtunkhwa on electricity, as envisaged in Article 161(1)(a) & (b) of the Constitution and which is presently not the case. Their current share in sales tax from 7th National Finance Commission (NFC) Award (7th NFC Award) is as low as 9% and 14% respectively. They have rich natural resources and wealth of oil, gas and electricity but due to low population get meagre shares for goods they produce. The same is the case for Sindh. They should even get the right to levy sales tax on goods as was the case at the time of independence.

In view of Article 167(4), the role of National Economic Council (NEC) has become very important though it has yet not been realised by the centre and provinces. Planning in the aftermath of 18th Amendment should be federalised rather than centralised. The 18th Amendment redefined NEC on the pattern of Council of Economic Interests (CCI). The NEC forms part of Chapter 3 of the Constitution entitled ‘Special Provisions’. Through Article 172(3) the 18th Amendment also confers 50 percent ownership of hydrocarbon petroleum resources on the provinces that needs to be implemented. Earlier the federal government held this subject. Presently, many economists and politicians are arguing that the 18th Amendment and 7th NFC Award are harming fiscal stability of Pakistan. Their argument needs consideration. The issue of 7th NFC Award vis-à-vis provisions of 18th Amendment must be examined holistically.

The provinces should have the exclusive right to levy sales tax not just on services but also on goods within their respective physical boundaries as was the case in British India. It also needs to be highlighted that the performance of provinces in collecting agricultural income tax is extremely appalling. After the 18th Amendment, right to levy wealth tax, capital gain tax on immovable property, gift tax, inheritance tax etc is with provinces but they are not ready to levy these on the rich and mighty. This is a common issue both at federal and provincial levels arising from absence of political will to collect income tax from the rich classes—the paltry collection of agricultural income tax—less than Rs. 3 billion by all provinces and the Centre in fiscal year 2021-22—is highly lamentable.

It is also imperative that further amendments should be made after debate and consensus to assign right to levy tax on all kinds of income, including agricultural income, to the federal government. This would help FBR in collecting income tax as per actual potential and the provinces, by levying sales tax on goods in addition to services would generate sufficient funds for their own needs. It will also reduce fiscal deficit at the federal level. This is the only way to achieve fiscal stabilisation in Pakistan. However, this can only be achieved if we also reform and merge all tax collection agencies at federal and provincial levels for which we need comprehensive structural reforms.

The FBR and all provincial tax collection agencies, after necessary reforms, should ultimately merge into single National Tax Authority [NTA], manned by members of All Pakistan Unified Tax Service (APUTS). The NTA would collect taxes at all levels to be distributed as per the Constitution to respective entities. It would also disburse benefits like pension, social security, food stamps and income support etc. The linkage of database of various bodies with NTA (complete digitization) would be a great step towards e-government model that is presently non-existent, but efforts are now being initiated for achieving this goal. The mode and working of NTA can be discussed and finalised under CCI and its control can be placed under (NEC).

It is  high time that federal and all provincial governments, including the representatives of Azad Jammu & Kashmir and Gilgit Baltistan, sit together under the umbrella of Ministry of Inter- Provincial Coordination and discuss the issues of federalisation of economic planning that is the command of the Constitution, pool all the available resources under APUTS, and achieve fiscal consolidation to make Pakistan a prosperous country with inclusive development for all citizens and attractive place for investments—internal and external. This should be our resolve for 2023, which can be named “2023: Year of Road to Prosperity”. There is much talk about ‘charter of economy’ in Pakistan, but none of the political parties and other stakeholders have ever bothered to consider the true spirit of the 18 Amendment even after lapse of more than twelve years.