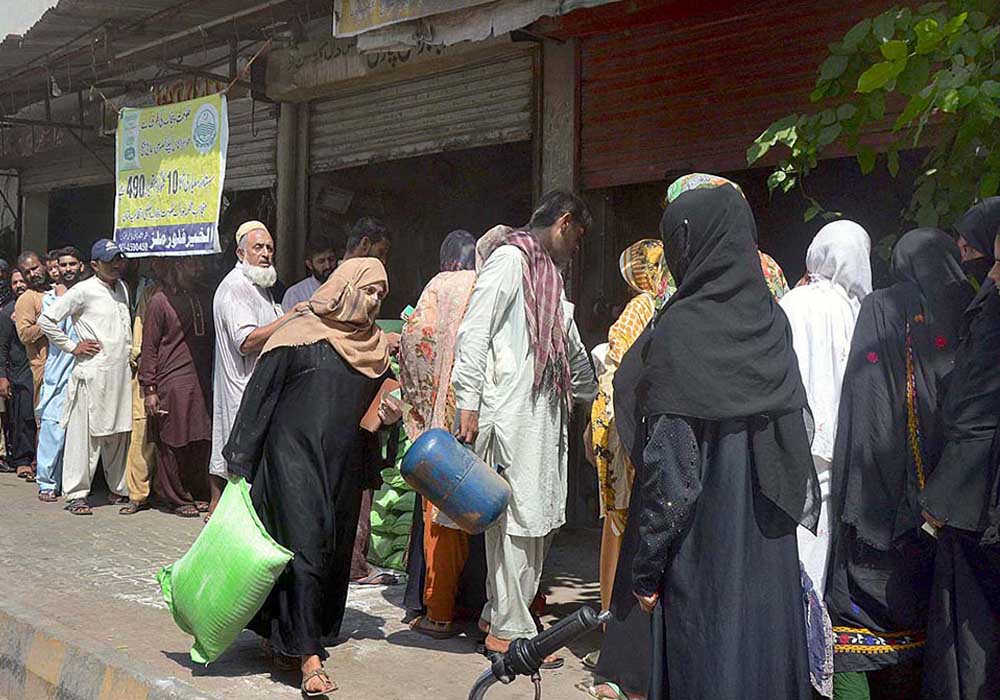 Amid growing inflation, the Punjab government on Tuesday set the price of a 20kg wheat flour bag at Rs1,290 after an increase of Rs315.

The price of wheat flour has reached Rs120 per kilogramme after an increase of Rs15.

Earlier, a 20kg wheat flour bag was available in the open market at Rs980, while it was available at utility stores on a subsidized rate of Rs800.

According to the notification, the Punjab Food Department will now supply wheat to flour mills at Rs2,300 per 40kg instead of Rs2,200 per 40kg.

Also, the government has decided to increase the quota of wheat for flour mills in Punjab from 16,700 tonnes to 18,600 tonnes per day.