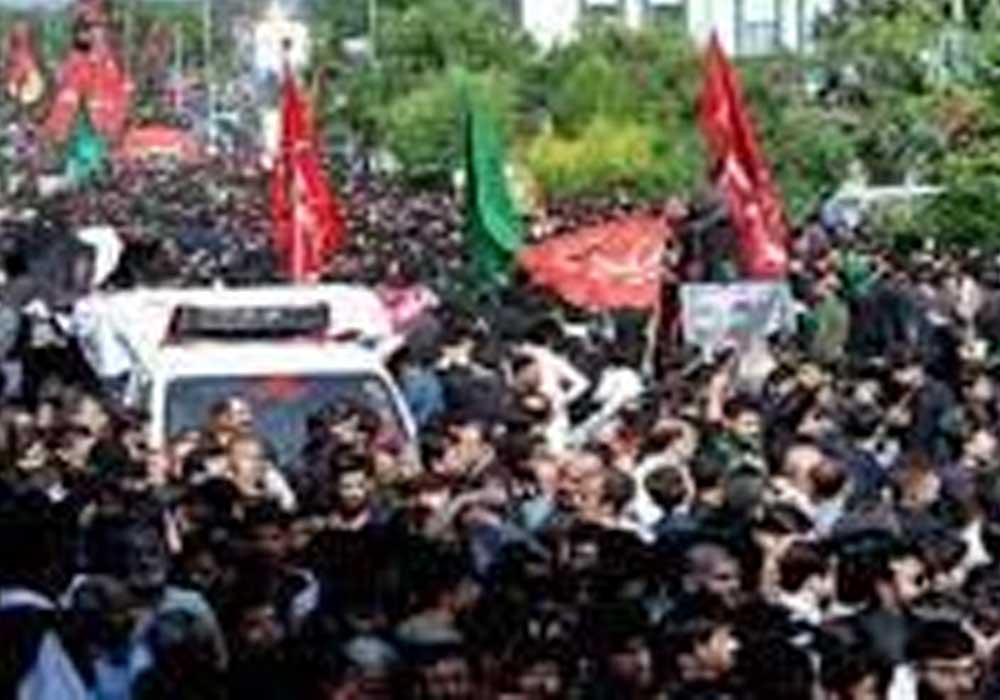 Rohri, a small city on the bank of Indus opposite Sukkur has quite narrow alleyways. Humid weather added to the deadly tragedy. Thousands of mourners come from across the country to Rohri every year to participate in the historic mourning procession of Muharram.

In the procession, at midnight, lights are put out and proceedings carried on in darkness in accordance with centuries-old tradition during which the faithful offer prayers in silence as a mark of respect for the martyrs of Karbala.

The mourning procession passes through its traditional route through Shahi Bazaar, National Bank Chowk, Chabotra Chowk, Dhak Bazaar, Gajwani Muhalla and Wichoro Chowk, terminating at Dargah Haider Shah Haqani at Karbala Chowk. The next day’s procession begins from Karbala Chowk and, after passing through the GT Road, ends at the graveyard behind Rohri railway station.