A battle of civil and political quarters 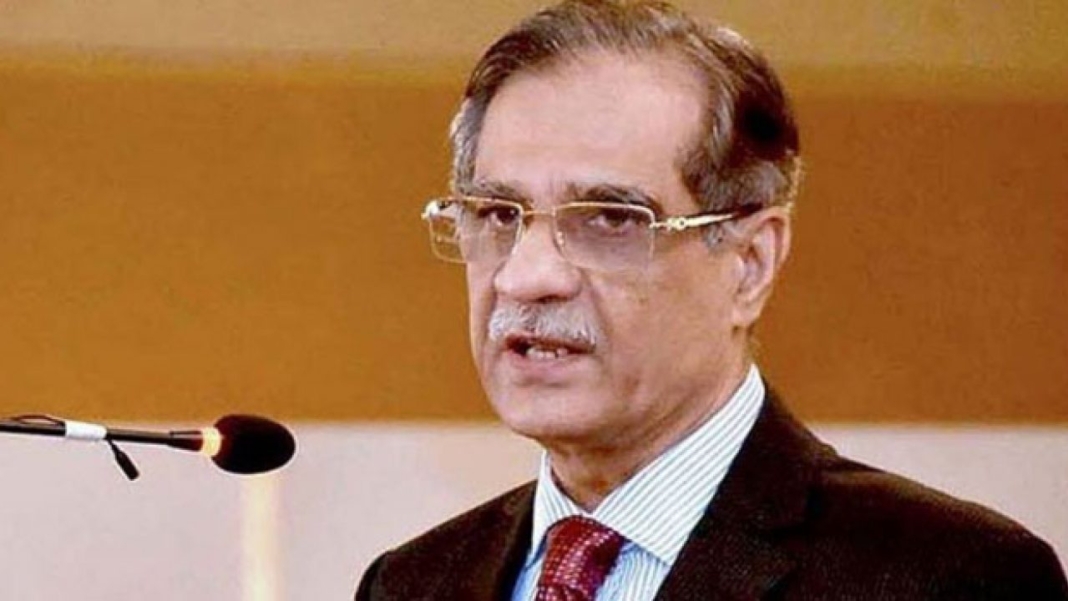 Pakistan Muslim League-Nawaz (PML-N) leader Zubair Umar seemingly locked horns with journalist Meher Bokhari on her show as she border-line grilled him over the audio-clip controversy against former Supreme Court chief justice (SCCJ) Saqib Nisar, which has been deemed by the ruling Pakistan Tehreek-i-Insaf (PTI) as a coordinated affront to the judiciary.

In her show on Tuesday, Bokhari incessantly asked Umar why PML-N wouldn’t task itself with the burden of proof to exonerate former prime minister Nawaz Sharif of the verdict against him. With a snicker and smile here and there, but with an overall sense of agitation, the two went back and forth on the matter, with Umar finally stating that PML-N accepted the audio clip’s veracity as authenticated by American forensics lab Garret Discovery. The news report by Fact Focus had the judiciary’s foundations shaking in full force, on top of the jitters already created by Rana Shamim’s affidavit against Nisar earlier this month.

Following the big reveals, several political and civil quarters began calling for an independent investigation into the matter to verify the audio clip, which has placed a big question mark on the autonomy of the judiciary in Pakistan.

PML-N’s refusal to make a move that could possibly help Nawaz regain political respect, and its immediate acceptance of the audio clip as true, shrouds the case in skepticism. It is worth pondering whether PML-N itself was taken by surprise by the audio, as if the evidence that makes Nawaz innocent, is somehow a shock in itself.

Contrarily, the plot has thickened on account of the audio clip’s naysayers. Garret Discovery revealed on Wednesday that they had received grave threats from an unknown caller who said that the company personnel’s lives were in danger.

The organization that is being called the house of forensic experts, also said that more than a 1000 calls and message requests were received regarding the Fact Focus report. Garret Discovery said it was shameful that they were being pestered to change the results of their investigation.

Although the company did not refer to Nisar’s clip specifically, their previous tweets on the matter make it certain that the leaked audio file is what they were referring to. The threat adds another dimension to the entire controversy as now it must be investigated whose cronies are going after Garret Discovery. If the obvious answer that’s on everyone’s minds emerges true, it would be an epic battle of the ruling and opposition parties – one in which unscrupulous moves are made sneakily, instead of out in the open.

More worrisome, though, would be if the cronies are in fact just diehards of those who seek to benefit from the audio clip being proven as fabricated. Because that means there is unchecked loyalty and vigilante style justice seekers in our midst, controlling whom should be the utmost priority on the part of authorities, otherwise justice would be further delayed and complicated in way of delivering truth to the people.