A case of exploding narrative 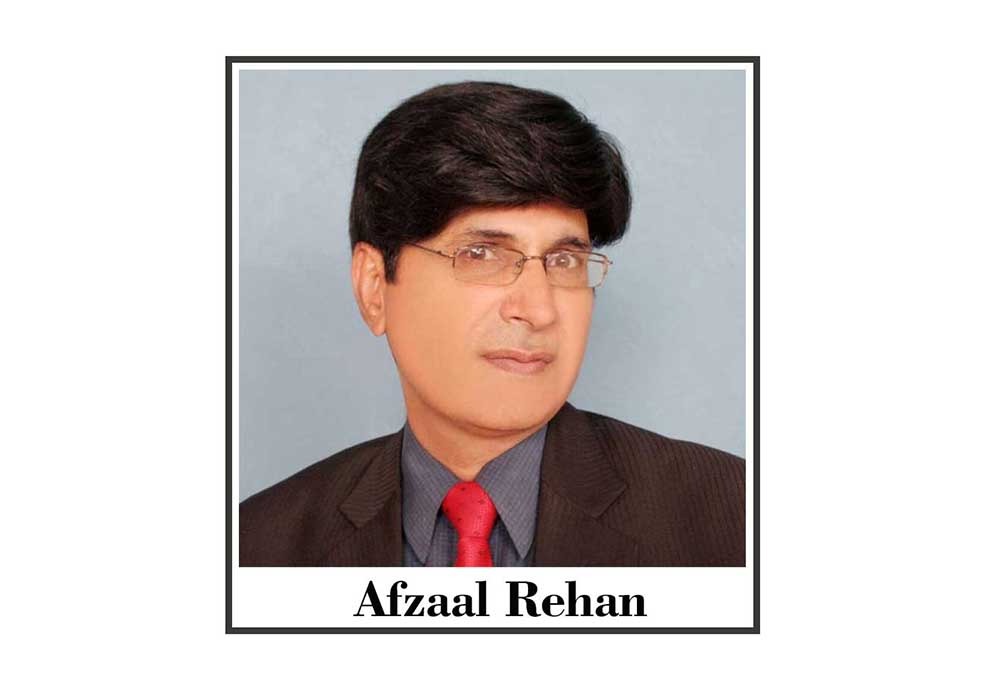 The long march of a once blue-eyed boy, locally known as ‘ladla’ is inching towards Islamabad. The living blockbuster of the day claims that in 1947 only sham freedom fell to our lot. It was only an eyewash as our fate was being decided by foreign powers, especially America. And even today their puppets hold sway on us. Now, as he roars with unfailing conviction, Heaven has sent him to liberate his nation and wear the colour of real freedom on his crest, a thing which Mr. Jinnah with all his political acumen and foresight fell short of achieving. Now, heavily publicized persona grata pledges that they will continue the struggle for real freedom till the rulers imposed through foreign conspiracy are noosed once and for all.

Lambasting the federal Interior Minister, our new self-styled messiah says that he does not consider the former a politician but a criminal. It is ‘Dirty Harry’ who has diffused this terror that if anyone speaks, he will be nabbed. ‘These days, he says, ‘this Dirty Harry has a close friendship with our Faisal Vawda. This national villain strips and tortures, as he seems to abhor any textile product on the body of the person ‘concerned’. ‘Listen Dirty Harry’, Khan shouts, ‘I will not spare you. Earlier, it was my mistake to let you go. And that was my biggest failure for which I am at the stake while the greatest robber of the country has been planted as the Prime Minister of the country. The absconder, safely housed in London, is taking the decision of the country. I will bring you to book.’

‘The Punjab Government should have arrested the killer of 14 persons in Model Town Case. So tiny is Islamabad and so gigantic is Punjab but still, cases are registered against us. Now I can clearly see those who let lose the whip of dark torture on May 25. We will administer them very effective medicine.’ ‘Rana Sanaullah’, as he addresses the Interior Minister in a threatening tone, ‘be ready to face the Tsunami of masses and their unabated rage which will sweep every obstacle. The handlers who imposed these thugs on us and those who call themselves ‘neutrals’ though only animals are neutrals, should also see this surge. They say that army is apolitical. If it is apolitical, why are they  addressing press conferences?’

Dear readers, I am sorry for presenting sickeningly hackneyed ideas and dispersed thoughts of a manic whose own appointed President was rightly saying that their leader, after being removed from office, took many wrong turns. He is running like a headless chicken now. Aren’t these presented thoughts proclaim loud and clear that the lust for the rule has degenerated him? Rana Sanaullah is no Terror to haunt him like a Dracula in his nightmare. But he is in a fix if he should run down Vawda or denounce his ally in Punjab whom once he labelled as the greatest robber of Punjab. His unhindered and unchallenged rule was due to the special patronage and favourable umbrella of the power clique. That’s why; he throws hostile as well as flattering glances at them. His love-hate relationship is his hades.

Sometimes it happens that revenge and blind love shoot the beloved, though some coward may content himself with throwing acids in her face. Cowards of first water commit suicide. God saves everyone from such lovers!

In the ongoing situation of the country, perhaps some romantic press conference was needed. And it was done, as such lovers should be responded to befittingly. The writer has been their critic but it was really an impressive as well as much-needed measure. Their words were music in the ears of those who were struggling for constitutional democracy and rule of law in the country. It was said: “If we committed mistakes in the past, we are redeeming them with our blood. It is your army. After serving in uniform for 35 to 40 years, no one wants to go home labelled as a traitor. We may be weak; we may commit mistakes but we can’t be traitors and conspirators. Everyone should realize it because the army is nothing without the backing of the people…Only a united nation can cope with the challenges. Our identity, our recognition is Pakistan, and nothing else. As an institution, we will never let our nation down….It is our pledge to you. This is time to extricate Pakistan from the mire of these challenges, and Inshallah, we will.”

Responding to a question about why they felt the need for this unprecedented presser, they said, “When lies are spoken with such ease, impunity and facility from one side, pushing the country to anarchy and mayhem, long silence of truth is not appropriate for this country…the fundamental decision was already taken that we must stay within the ambit of our constitutional role, and we would not fall back now.”

Without mincing words, the officers clearly declare that the army wants its constitutional, and not controversial, role in the country. They have nothing to do with making or breaking the governments. To the astonished journalist and nation, it was disclosed that the former Prime Minister offered COAS, in the wake of the no-confidence resolution in March, life time extension, if he wishes but the army chief turned down this extremely lucrative offer.

It is really disgusting to see that this person’s moral decadence knows the bottom. He is ready to grant a lifetime extension to the chief so that both of them should enjoy rule till their last breath at the expense of national interests. DG ISI truthfully said, being nominated as the DG, he was asked what the biggest issue of Pakistan was. He said that the most serious problem faced by the country was the economy while the person appointing him, the PM, had the opinion that it was the Opposition and rival politicians, alluding that if they were eliminated, entire problems of the country would be solved.

With the skilful dissection of the dreadful narrative built around the cypher, the fabricated lies of this nonracist and egocentric leader were also exposed. His duplicity is unmasked by telling the nation that this dual-faced hypocrite slanders in the sun and salutes in the darkness of night. He criticizes the army in the public but obsequiously kowtows behind the screen to plant him in the office by hook or by crook. But to thrill his followers, he willfully terms the chief, Mir Jafar and Mir Sadiq, the historical characters who have become the metaphor for treachery.

The truth is that a sweeping shower of truth has washed out the bright colour of hypocrisy. The sham icon is disfigured. The wheel of the long march is already punctured with this pointed reality. Now let’s see how it dumps itself.