A Golden Age is a moving tale of love, loss 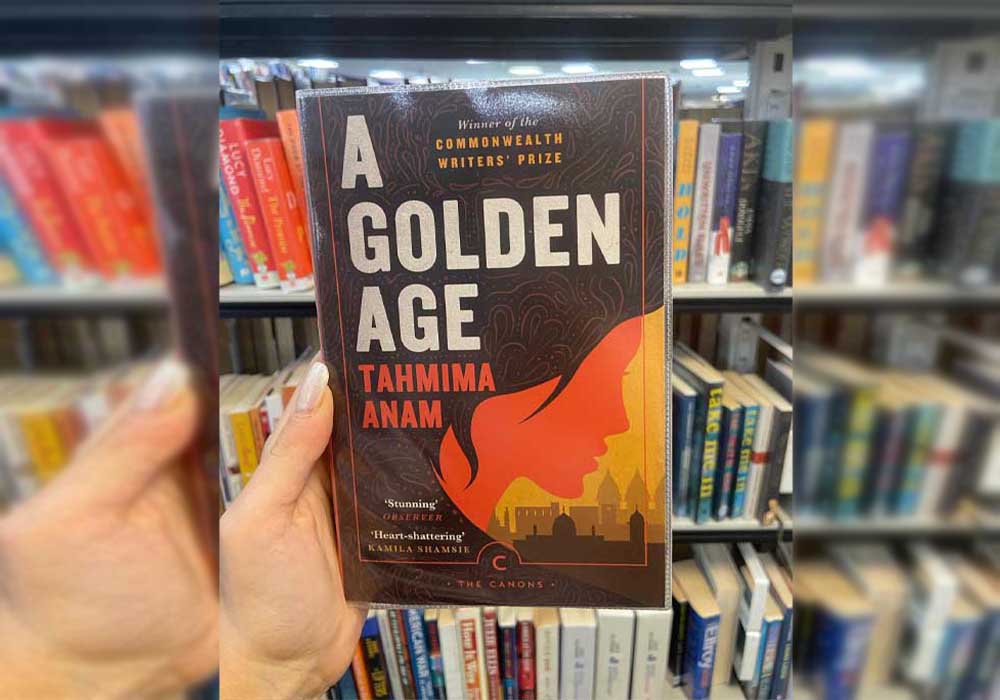 ‘Anam’s prose is glowing and graceful throughout. Whether detailing the degradations of a refugee camp, the tenderness of an unexpected love affair, or the exhilarated dread of a nation in cataclysm.’ (The Guardian)

A Golden Age by Tahmima Anam is South Asian fiction literature. She has also authored, A Good Muslim and Bones of Grace and won awards for her work. The protagonist Rehana lost her husband Iqbal, in an accident. Meanwhile, she is fighting a case to get custody of her children Sohail and Maya. Rehana is not financially stable, so Faiz (Iqbal’s brother) wants the children to shift to Lahore. Moreover, Bangladesh is going through a tumultuous time. With martial law, strikes, people on the street-not safe.

Rehana reminisces about Iqbal. ‘She had married a man she had expected not to love, loved a man she had not expected to love, and lived a life of moderation and a life of few surprises.’ The subplot runs the story of the star-crossed lovers, Silvi and Sohail. Silvi is upset to see Sohail leave. Will Silvi be destined to marry Sohail or will their love story erode as quickly as it began? Who is Sabeer? He is a soldier. I will not reveal more about him. I leave that for the reader to find out! Mrs. Chow dry Silvi’s mother supports Rehana. She encourages her to build a house at the back of Shona, her small bungalow. When Rehana asks why, she says, to put it on rent as an added source of income.

Rehana had lost the desire to remarry after Iqbal’s death. Her children were her entire universe. The risk was too much. But things take a twist when the Major comes into the picture. As Rehana, cares for the wounded Major, she develops strong feelings for him. Are the feelings reciprocated?  Will she marry him? Or will she stay a widow?

The scene shifts to the political and natural atrocities that hit Bangladesh. ‘First, they tried to force everyone to speak Urdu instead of Bengali. They took the jute money from Bengal and spent it on factories in Karachi and Islamabad…..what sense did it make to have a country in 2 halves?’ The partition between the East and West wings was a hysteric idea. Something that was not viable. The natural calamity occurred when the cyclone of 1970 hit Bangladesh, Sohail and Maya donated all that they could to the refugees. Sharmeen is Maya’s best friend literally like a house member. Sharmeen’s mother had remarried and there were other children from the stepfather. Rehana felt guilty at times for resenting her presence in the bungalow. Sharmeen was raped by Tikka Khan soldiers. She died at once. The incident points to the brutality of war. The cruelty left one teary-eyed.

Meanwhile, the mother-daughter relationship is going through turbulence. Rehana slaps Maya for cursing her brother. Sohail had always been Rehana’s favourite. She had neglected her daughter a lot and it was only when Rehana helped Maya with the refugees did the distance between them diminished.

As the novel weaves the narrative of civil war with romance, at its heart, is the moving story of love, betrayal, patriotism and civil war. ‘Beautifully told intimate and touching, the novel deserves praise. A must-read for all fiction lovers.

‘A beautiful story of hope, heroism, and human survival amidst cruelty.’ (Daily Express)

‘A striking story of a spirited mother struggling to bring up her children.’ (Financial Times)