Abbasi urges judiciary to ‘right the wrongs’ done to Nawaz 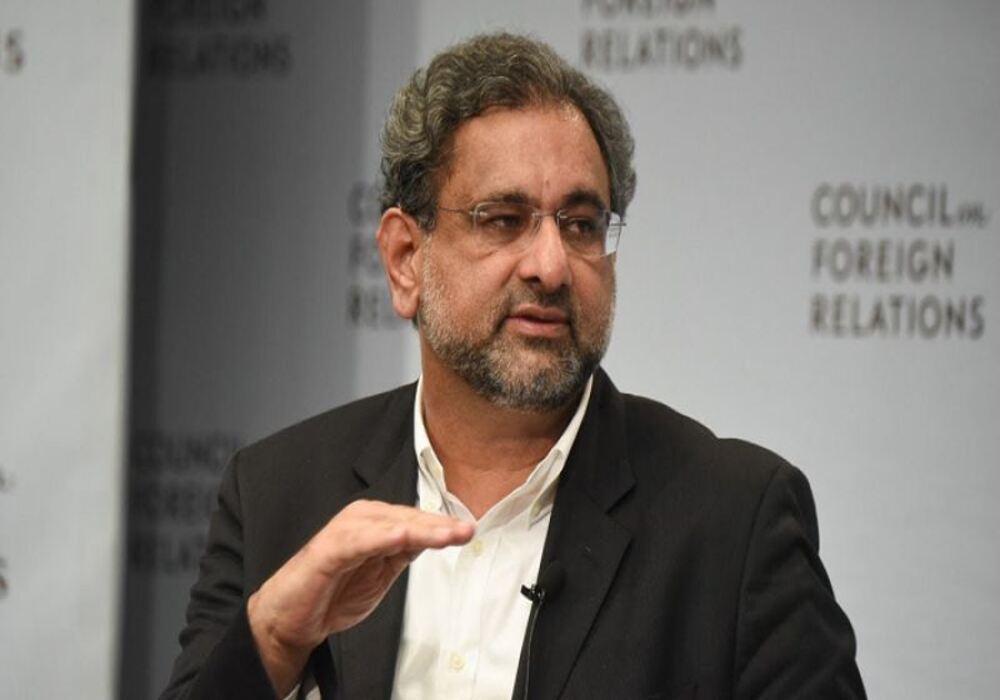 During the press conference- jointly held by him, Miftah Ismail and Mustafa Nawaz Khokar – Abbasi said: “I always say that it is the judiciary’s job to review the decisions that have had [adverse] effects on Pakistan – immense ones.

“I do not want to talk about those issues […] Whatever effect the judiciary’s decisions and actions have had in running this country, they have played a major role in the matters that plague the country today.”

Responding to another question, he asserted: “There have been martial laws for a long time in our country. There has also been the military’s interference in politics [and] has been present – even currently.”

He went on to say: “There is a need to end it (military’s interference) and bring it within Constitutional boundaries. This in particular will give you the solution to the issues. Is it possible within a day? Only time will tell.”

Meanwhile, Ismail welcomed the government’s decision to accept all the demands of the International Monetary Fund (IMF) to revive the loan programme.

Responding to a reporter’s question, he said: “I think that the decisions not made by the government in the past four months have caused damage to the economy. However, I am now quite glad that the government has made the decision to sit and talk to the IMF.

“I welcome this decision of the government, though they incurred a loss of four months [and] of money. However, it is a good thing – better late than never.

“I hope that they will move towards finding a solution to the country’s financial issues,” the former finance minister added.