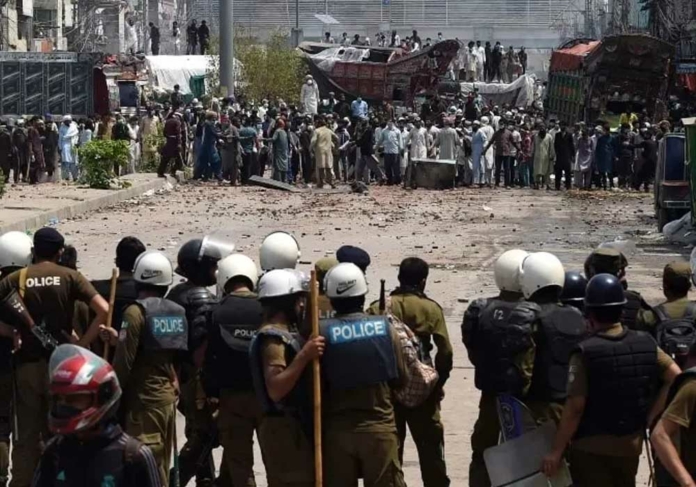 TLP workers were produced before ATC judge Sajjad Ahmad after the completion of their physical remand.

The police had requested for two-day extension in physical remand for further investigation regarding charges of arson attacks, firing, damage to public and private property and other acts of terrorism.

All accused have been shifted to Haripur Central Jail and have been kept at quarantine barracks, according to Havelian SHO Haroon Khan. He said that other TLP workers, allegedly involved in the attack on police, were being searched.

According to police, TLP workers had attacked police with weapons, slingshots and sticks near Chamba Bridge in Havelian. The clash started after the police had stopped them from entering the limits of Havelian from Haripur despite a ban to attend an Eid Milad-un-Nabi procession.

According to police, 33 personnel were injured in clashes along with damages to vehicles and property. A total of 90 activists including TLP chief Allama Saad Rizvi and other leaders including Mufti Umair-al-Azhari, and Shafiq Amini were booked by the police.