Abhinandan gets Vir Chakra in India, gets trolled in Pakistan 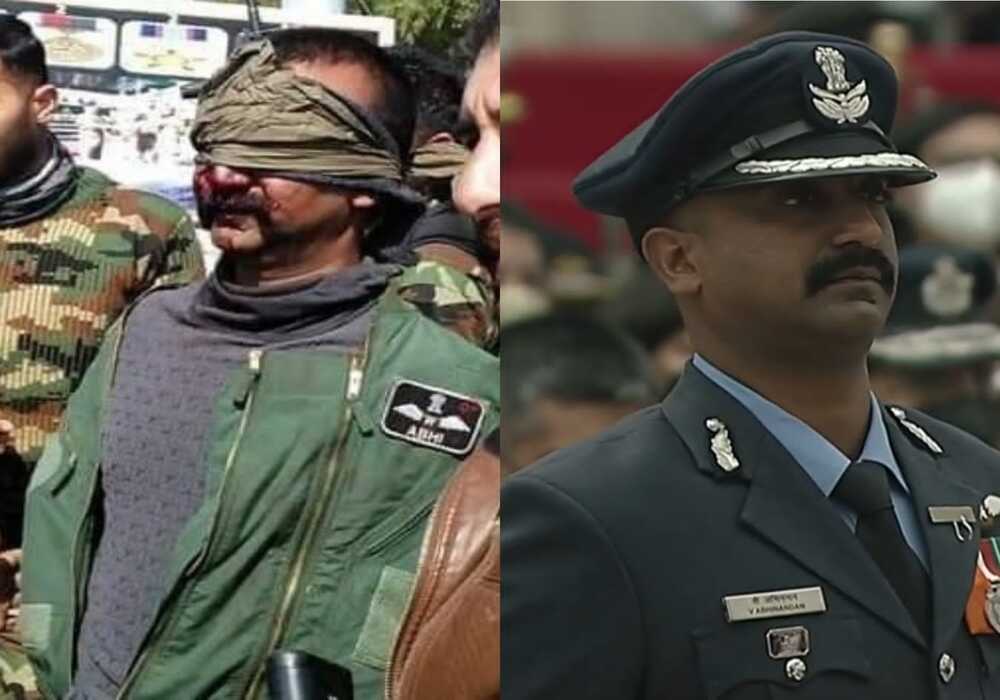 Indian Airforce Group Captain Abhinandan Varthaman being awarded the third highest wartime gallantry award for ‘shooting down Pakistan’s F-16’ in 2019, has Pakistanis both irritated and amused.

According to Asian News International (ANI), Varthaman was granted the Vir Chakra by India President Ram Nath Kovind on Monday to recognize how he shot down a Pakistani F-16 fighter jet during aerial combat in February 2019. In the video posted by ANI, a woman could be heard narrating the sequence of events that led to the plane being shot down, which became the grounds for Varthaman being given the award.

Meanwhile, Pakistan on Tuesday denied that an aircraft was shot down before Varthaman was shot down by Pakistan Air Force (PAF) and taken in my authorities, before being handed over back to India. The Foreign Office in a statement said that experts and US officials had taken stock of Pakistan’s F-16 jets and determined that none was missing.

India’s claim that Pakistan’s jet was shot down has garnered amused responses.

Federal Information Minister Fawad Chaudhry said that the award ceremony seemed like a ‘comedy movie’ as it felt like Varthaman himself was wondering why he was being given the award.

Islamabad Policy Research Institute (IPRI) Executive Director Hussain Nadim said that it was ‘embarrassing’ to see the scene as India claimed to be a superpower. Nadim added that ‘extremism and jingoism’ continued to mar India.

Communication specialist Ammara Qazi also commented on Varthaman getting the award and said that it appeared to be an ‘ugly show of integrity’.

A health safety and environment specialist, Shoaib Abbasi, was also unable to digest India’s ‘lie’. He said that Varthaman had failed at his job, and it seemed as if Indian Prime Minister Narendra Modi was making a joke of the military for his own gains. Abbasi hoped that someone would raise their voice against the award in India.

While several critiqued the award ceremony, CEO WCCF Tech Abdullah Saad took a trip down memory lane and said that it wasn’t the first time an award was given due to a fake shoot down. He recalled that after the 1965 war, former Indian wing commander Trevor Keeler was awarded the Vir Chakra for shooting down a Pakistani jet, even though the jet in question, with a few scrapes and cuts, made it back to base safely.

A lot of the reactions to the news were a serious critique but that did not keep a netizen from deploying their funny bone. Pakistan Tehreek-i-Insaf Information Deputy Secretary Hans Masroor Badvi created a utopian scenario of what happened in 2019. Badvi sarcastically said that Varthaman’s plane had in fact shot down Pakistan’s F-16 before it got tired and decided to land on the country’s soil. In the imaginary scene, Badvi said that Varthaman was welcomed by the people on ground, who offered him tea and sent him on his merry way.

Let's recall the story of bravery and great courage.
Abhinandan shot down Pakistani F-16, after this, his plane got tired. He landed his plane in Pakistan for watering. People were there to welcome him,they serve a fantastic tea to him and then send him back.#AbhiNoneDoneAward

On February 27, 2019, Varthaman’s plane was shot down by PAF and he was attacked by villagers on ground. Pakistani soldiers rescued him from the mob and took him away for interrogation and served him tea, the video of which went viral on social media. Prime Minister Imran Khan later ordered that Varthaman be returned to India after 60 hours of captivity.