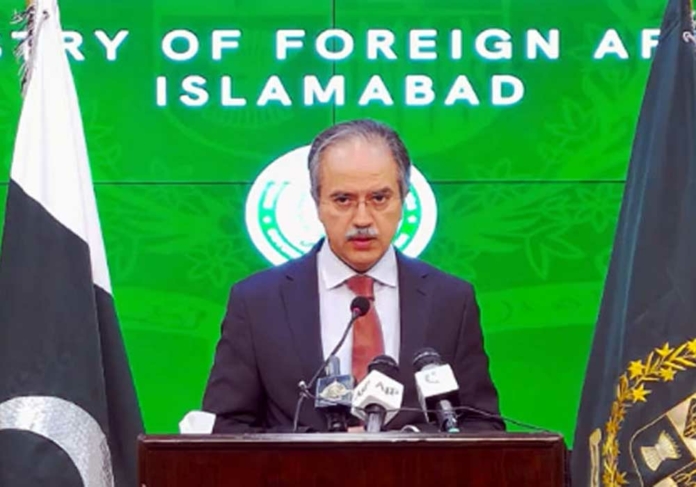 Pakistan has termed the recent comments made by the Afghan deputy foreign minister about Islamabad receiving US money to allow American drone flights as being “against the spirit of friendly relations”.

During a weekly media briefing on Friday, Foreign Office spokesperson Asim Iftikhar, in response to a question about Afghan Deputy Foreign Minister Sher Abbas Stanikzai’s remarks, emphasized the need for the interim Afghan government to take the required actions to allay international expectations and worries.

A week earlier, in a speech to the UN General Assembly, Prime Minister Shehbaz Sharif had expressed concern on behalf of the international community regarding the threats posed by terrorist organizations operating out of the neighboring country, which had received a strong response from the Taliban.

Stanikzai claimed on September 27 that Islamabad was getting millions of dollars from Washington to permit American drones to fly over Afghanistan in response to the PM’s address.

He asked before a gathering in Kabul, “How long can we tolerate this?” adding that no one would be able to stop them if they rose against it.

The FO spokesman said while responding to a question, “This is very unfortunate and unacceptable. We have noted with concern, these recent remarks…Pakistan’s role in facilitating peace in Afghanistan, and our efforts to strengthen bilateral ties are well known, and they are acknowledged widely.”