Afghan fans need to calm down 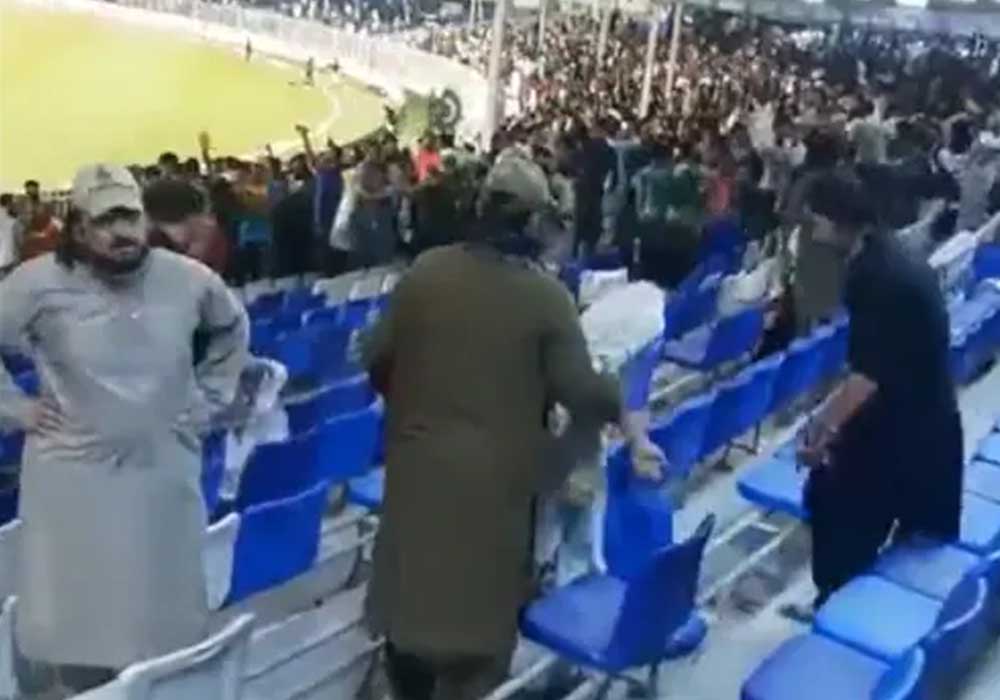 Pakistan had a thrilling match with the Afghanistan cricket team on Wednesday. Afghan opening batsmen played splendid innings which were then put to waste by Pakistani bowlers. Initially, it was predicted that the target will be about 170 to 180 which was restricted to 130 by Pakistani bowlers and fielders. Since the pitch was new, and even Afghan batsmen secured a limited score, Afghan fans were confident that they will easily win the match. It was expected that Pakistani batsmen will not be able to handle the bowling attack of Afghan bowlers. And they were right.

Despite a mere target of only 130, Pakistani top-order batsmen played very slowly. Captain Babar Azam left the pavilion at his first ball while Muhammad Rizwan on whom we were heavily relying also left at a score of 20. Fakhar also gave a disappointing performance. Pakistan was all set to lose the match. Only a miracle could save us from this defeat.

This match was highly anticipated. If we had lost the match, our presence in the final would be doubtful and we would have to pray for others to lose for our qualification. But for Afghanistan, it was a lot more serious. In case of defeat, they would be disqualified from the final right away. More importantly, it was the match against Pakistan and the pressure was real. We are pressurized when we play against India because it is about dignity and ego. But we don’t see Afghanistan that way. We don’t take defeat from Afghanistan to our heart. However, they don’t feel the same way about us. For them, a match against Pakistan is as important as ASHES for Australia and England, which is why Afghan fans were so excited.

Till the last over, when the 9th wicket was taken, it seemed that the dream is about to come true for Afghans. We had only one wicket with 2 bowlers who had to score 11 runs in 6 balls. For a team like Australia or England, it is not a big deal but for a team like Pakistan, fans chew their nails in curiosity. Amid the intense situation, an afghan bowler decided to mock the Pakistani batsman Asif Ali right in the face when he took his wicket. And Asif lost his calm in an intimidating move by raising his bat towards the Afghan bowler Fareed Ahmed, followed by Fareed calling him an extremely abusive word when Asif was leaving. Both were cooled down by their fellow cricketers.

Now it was Naseem shah on the pitch who had dropped a catch earlier during fielding. People had no such expectation from this boy until he decided to turn the table for once and all by hitting a massive sixer in the air levelling out the difference between the balls and the runs. In the final ball, he hit the sixer again and not only stole the match but also stole the show. This over was remarkable. And Naseem is actually worth the applause. He gave an incredible moment to his Pakistani fans. But his sixer also triggered many Afghan fans who were all set to celebrate their victory.

After losing the match Afghan fans vandalized the stadium. They broke chairs and threw them at Pakistani fans. Now on Twitter, many Indian and Afghan accounts are trending the Hashtag #BanAsif to get him punished for the clash that took place on the pitch. Pakistani fans are convinced that it was Fareed who started it. Even the captain of the Afghan Team Mohammad Nabi admitted that his team players didn’t finish well and didn’t control their nerves in the last overs.

What Fareed did was wrong. What Asif did was wrong. What Afghan fans did in the stadium was wrong. But why only Asif should be punished? If ICC punishes Asif for his behaviour then they should take action against Afghan spectators as well. They should issue a brief warning to Afghan fans that next time they harmed Pakistanis after losing the match, then they will be permanently banned from entering the stadium. This is not a matter to overlook. Anything could happen in that stadium.

If Pakistanis had also lost their calm, the clashes could have resulted in causalities. Afghan fans could attack the Pakistani Team as well. PCB understands the situation, which is why chairman Ramiz Raja has decided that he will not let go of the matter as well. PCB is filing a complaint to ICC regarding this matter. Authorities of Sharjah should also take decisive action against the people involved.