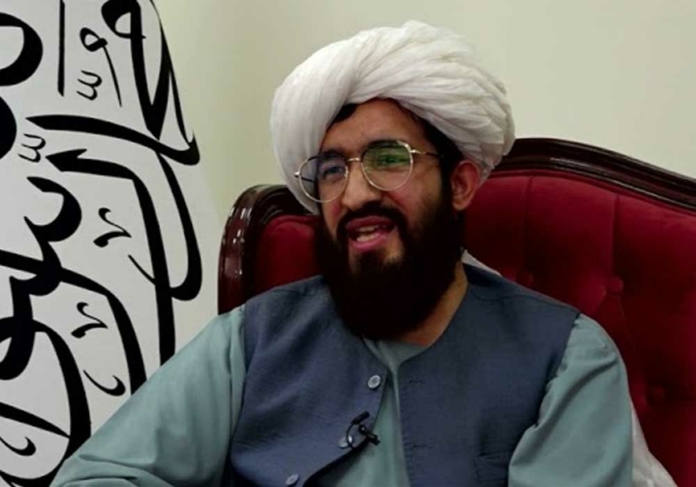 Ministry of Foreign Affairs of Islamic Emirates of Afghanistan Spokesman Abdul Qahar Balkhi has called on Pakistani authorities to respect the rights of Afghan refugees.

The spokesperson condemned the mistreatment of Afghan citizens and requested the Pakistani administration to take steps for its prevention.

The Taliban representative stated, “Pakistan is a close neighbouring country of Afghanistan. Both states people share a common culture and Islamic brotherhood these kinds of issues can create issues in bilateral relations of both states.”

Balkhi also mentioned that the MoFA of Afghanistan and the Afghan Embassy in Pakistan tried to solve the problem with officials but unfortunately despite the request problem is still not solved.

The spokesman reminded that despite living a non-political life, afghan refugees also play a significant role in the development and economic growth of the host country.

He continued by adding that the Ministry of Foreign Affairs has consistently urged Pakistani authorities to uphold their pledge to protect the rights of Afghan refugees and forbid the police to stop mistreating them.

Almost 31 Afghans who were unlawfully residing in Karachi were also detained by police during raids they conducted in various locations of the city.

Up to this point, the Sindh province arrested roughly 1,100 Afghan migrants including women and children.

The Karachi prison in Pakistan is home to around 1,000 Afghans, including women and children.

However, 313 of these prisoners were recently detained by the police for not having legal identification.

Former president of Afghanistan Hamid Karzai expressed his regret and concern about the treatment of the Pakistani government towards Afghan immigrants.