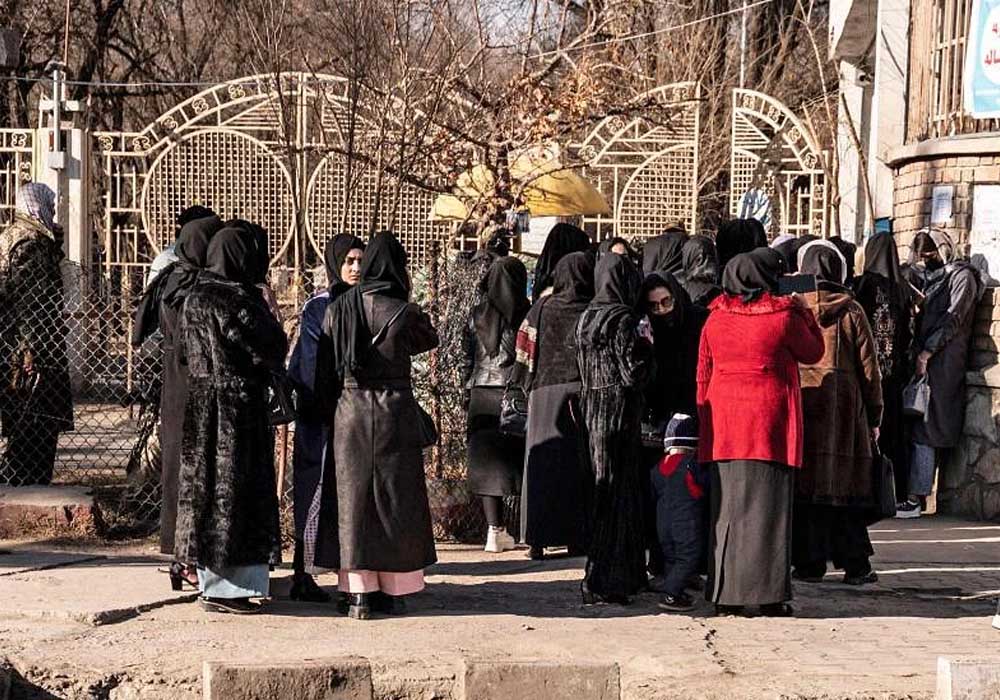 Afghan women are upset and are protesting about the Afghan Taliban ban on university education for girls.

Students gathered outside of campuses in Kabul dressed in black cloaks and headscarves to protest against the latest development.

A 23-year-old nursing student Amini told AFP, “We all felt like caged birds, we hugged each other, screamed, and cried ‘why is this happening to us’?”

One student said that the Taliban has destroyed the only bridge that connected me to my future.

Afghanistan Women’s Unity and Solidarity protesters said, “Today we come out on the streets of Kabul to express our voices against the closing of the girls’ universities.”

The small demonstrations were quickly shut down by Taliban officials.

According to reports, several male students at Kandahar University and Nangarhar University in Jalalabad, Afghanistan also protested and showed support for the ladies.

The male students left the university’s exam room to stand for women’s rights.

The decision which returns Afghanistan to the time under the Taliban’s initial rule when girls could not enroll in formal education has drawn condemnation from the UN and many other nations.

UN’s Special Rapporteur on Afghanistan said “It was a new low further breaching the right to equal education and deepening the erasing of women from Afghan society.”

“Such action would have implications for the Taliban,” the US said.

Secretary of State Antony Blinken said in a statement that “The Taliban cannot expect to be a legitimate member of the international community until they respect the rights of all in Afghanistan,”

“No nation can prosper if half of its people are held back,” Blinken added.