Afghanistan routed in a nail biter 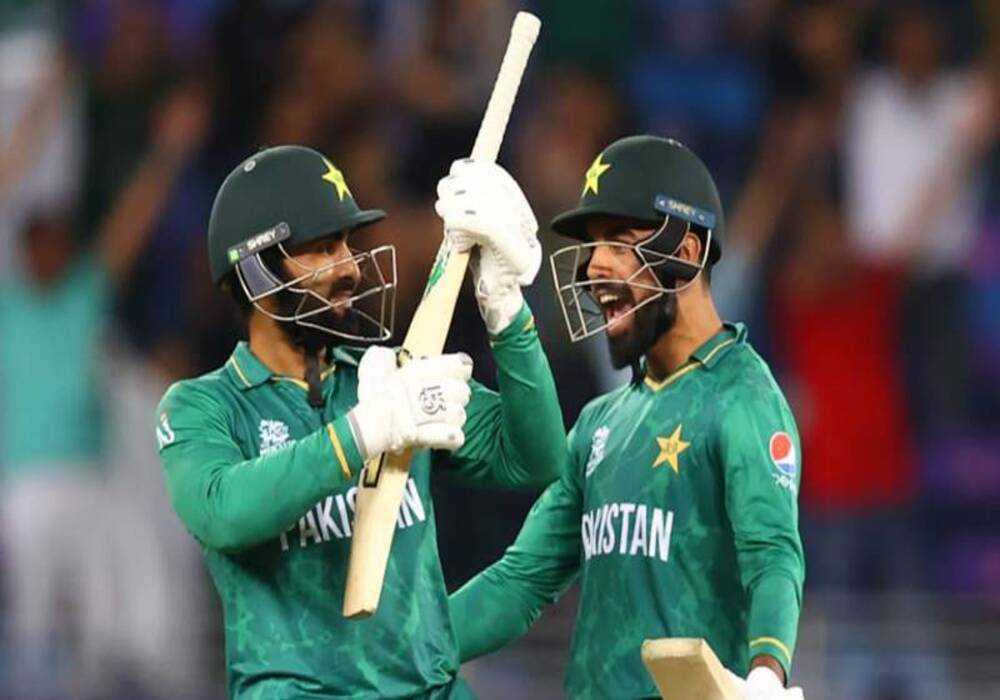 Pakistan beat Afghanistan by five wickets in the Twenty20 World Cup in Dubai on Friday, thanks to Asif Ali’s four sixes in the last over.

Asif lifted paceman Karim Janat’s first, third, fifth, and sixth balls over the boundary to assist Pakistan in overcoming a difficult 148-run goal with 24 runs needed off the final two overs. Janat and the other Afghan players were left disappointed by Asif’s 25 off only seven balls, which included four sixes and a single. The victory against Afghanistan makes it Pakistan’s third in as many games in Group 2 of the Super 12 stages, almost assuring a semi-final place, needing just one more win from their last two games.

Afghanistan scored a fighting 147-6 in their 20 overs with Gulbadin Naib and skipper Mohammad Nabi scoring 35 each. Skipper Babar Azam anchored Pakistan’s innings with a 47-ball 51, but his dismissal by spinner Rashid Khan turned the game on its head in the 17th over with Pakistan needing 26 off the last three overs. Paceman Naveen-ul-Haq conceded just two runs in the 18th over and dismissed Shoaib Malik for 19, but Asif quashed all hopes of an Afghanistan win.

Pakistan’s task was to handle spinners Rashid and Mujeeb Ur Rahman in their chase with the evening dew making life tough for bowlers. Mujeeb dismissed Mohammad Rizwan (eight) while Nabi accounted for Fakhar Zaman (30) before Rashid’s wickets of Mohammad Hafeez (10) and Babar.

Earlier, Gulbadin Naib and Nabi lifted Afghanistan from a wobbly start. Naib smashed a 25-ball 35 not out while Nabi scored an undefeated 32-ball 35 as they helped Afghanistan recover from 76-6 with an unbroken seventh-wicket stand of 71 after they won the toss and batted. All six top Afghanistan batsmen were caught playing rash shots but Nabi and Naib added 54 runs in the last five overs to give their team a fighting total. Naib hit two fours and a six off paceman Hasan Ali to take 21 off the 18th over and the pair scored 15 in the 19th bowled by Haris Rauf. Naib’s knock had four boundaries and a six while Nabi hit five boundaries. Left-arm spinner Imad Wasim was the pick of Pakistan’s bowlers with 2-25, dismissing dangerous opener Hazratullah for a five-ball duck. Najibullah Zadran (22) and Janat (15) were other contributors.