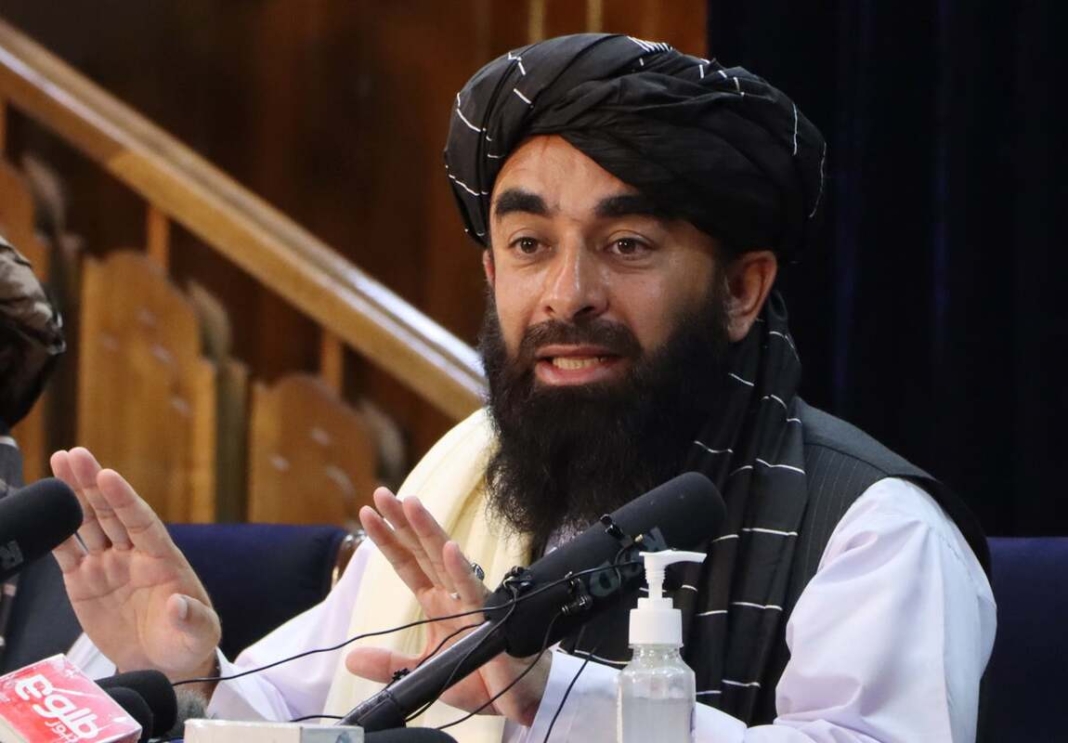 Zabiullah Mujahid while talking about Afghanistan getting criticism for the implementation of sharia stated that this shows world problems with Islam.

Earlier on Wednesday Afghan Taliban, Interim Government carried out the first public execution of a convicted murderer since taking over Afghanistan.

According to Zabihullah Mujahid, the spokesman for the Taliban government, the execution took place on Wednesday in a sports stadium in the western province of Farah, in front of hundreds of spectators that included senior officials such as the deputy prime minister and the interior and foreign ministers.

The executed person was found guilty of stealing and stabbing a Farah resident, Mujahid explained.

He noted that the execution was following the qisas law, which mandates that the person is punished in the same way the sufferer was murdered and that he was found guilty and the sentence of revenge was executed on the killer.

“The killer was shot three times by the father of the deceased with an assault rifle,” the spokesman claimed.

Whereas, the world denounced the public execution practice in Afghanistan.

Amnesty International called it a gross affront to human dignity.

The watchdog deputy regional director for South Asia, Dinushika Dissanayake stated, “The deplorable return of public executions in Afghanistan is the latest phase in Taliban’s alarming abuse of human rights in the country.”

The United Nations mission in Afghanistan and a spokesman for the U.N. Human Rights Office in Geneva issued a statement denouncing the execution and urging the Taliban to put an immediate halt on the death penalty.

According to Jeremy Laurence, spokesperson for the U.N. human rights office, “The death sentence is incompatible with core concepts of human rights, and its usage cannot be reconciled with full respect for the right to life.”

While responding to criticism Zabiullah also stated that death sentences are exercised all over the world even in America and Europe. The fact that Afghanistan is facing criticism for carrying out Islamic penalties demonstrates that some nations and communities either have gaps in their knowledge of Islam or have issues with it.