Comes down hard on finance minister for dropping ‘electricity bombs’ on public, moving away from PML-N’s ideology 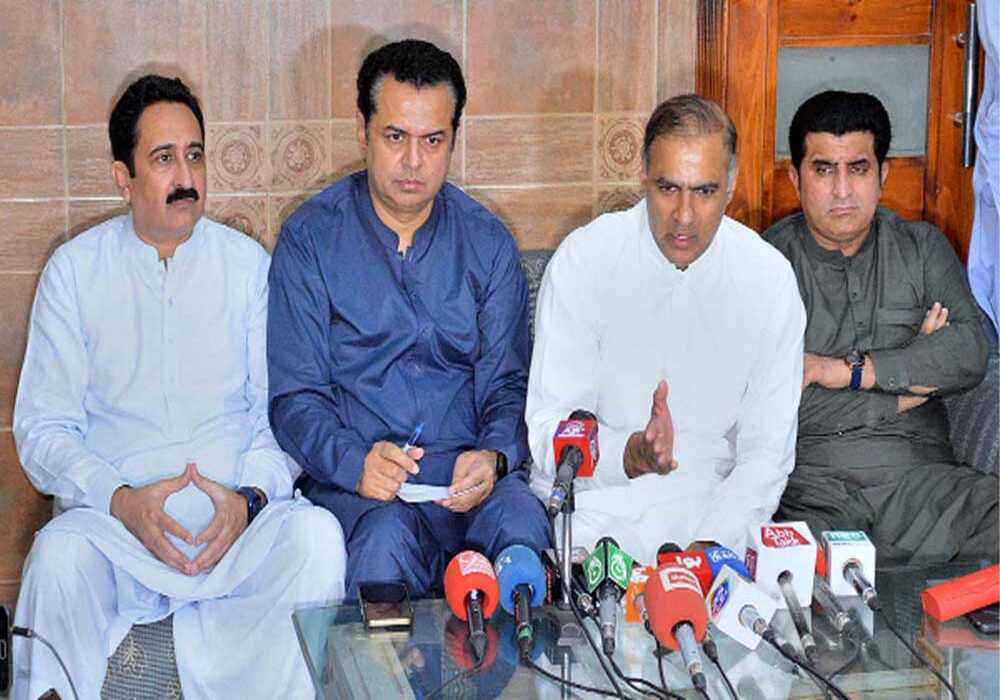 A week after PML-N vice president Maryam Nawaz slammed the hike in petrol prices, another party leader Abid Sher Ali on Thursday criticised Finance Minister Miftah Ismail for his “anti-people” policies, urging him to think of the masses.

“A few days back, the government increased electricity bills by 37 per cent under the fuel price adjustment and as a result of it, people are immensely suffering,” he said at a press conference in Faisalabad alongside party member Talal Chaudhry. Ali recalled that during the tenure of PML-N supremo Nawaz Sharif, the country was under deep crises, yet the former prime minister had not allowed the electricity prices to increase. “Even then, there was pressure from the IMF (International Monetary Fund), but they were dealt with.

“Nawaz Sharif never compromised on the issues of the masses […] he never threw electricity bombs on them,” he recalled. But, Ali pointed out, “when I hear Miftah Ismail sahab today […] I feel sad when he says that increasing prices is okay […] it is not okay […] when people who earn Rs20,000 have to pay bills amounting to Rs30,000, they curse you.

“Miftah sahab, leave your office once and go meet the people […] you will understand what they are going through. This is not PML-N’s ideology,” the PML-N leader stressed. He admitted that it was important to “clean the mess” created by PTI chairman Imran Khan, but contended that this was not the way to do it. “The agreement Imran reached with the IMF, you can renegotiate it as well,” he suggested, giving the example of former finance minister and Nawaz’s close aide Isaaq Dar. “We never allowed the fuel prices to increase during our tenure. We always made slabs.”

He insisted that the inflated power bills must be withdrawn. Ali also called upon Prime Minister Shehbaz Sharif to formulate people-friendly policies aimed at providing relief to the masses. He said the government was getting unpopular among the masses while attempting to steer the country out of the crisis.

“Mr prime minister, you have always delivered in Punjab and your sympathies should reflect in your measures, otherwise we will not be able to visit constituencies,” he said, adding the country should not be pushed towards a civil war.

The PML-N leader criticised Energy Minister Khurram Dastgir and suggested he should visit the WAPDA offices to see how women were queued up there. “We cannot tolerate such a situation where women of our country have to stand in long lines.”

He said his party’s competition was not with the PTI, claiming that people in Faisalabad were carrying PML-N flags, while still facing tough financial conditions, he added.