Bajwa was saying they were neutral, says Imran Khan 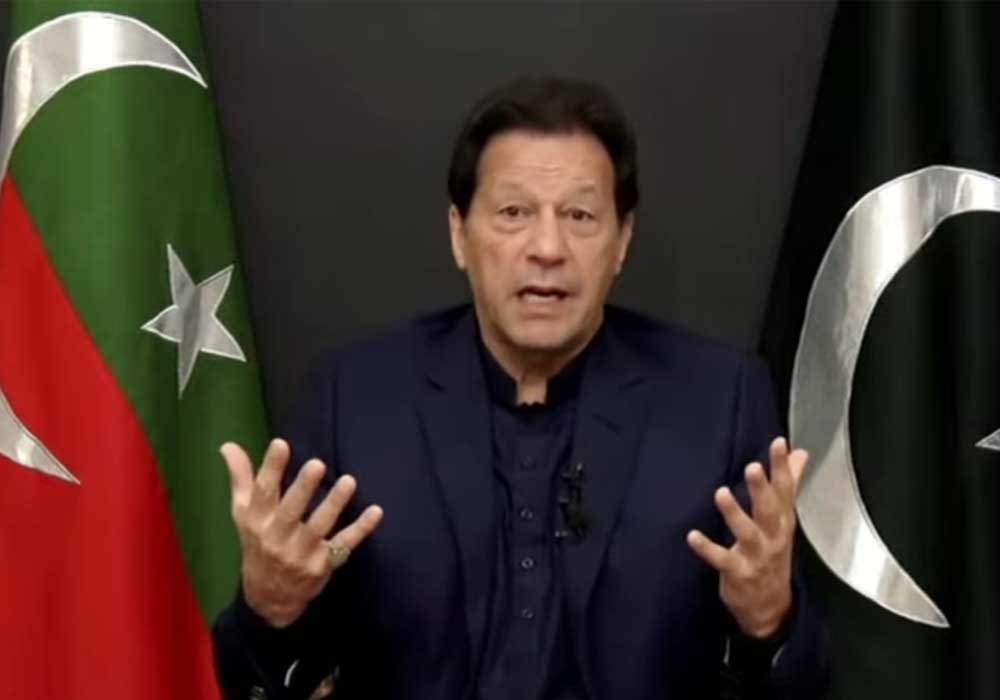 The former prime minister and Pakistan Tehreek-e-Insaf (PTI) Chairman Imran Khan has said that agencies were turning coating PTI lawmakers but general (retired) Qamar Javed Bajwa was saying that they were neutral.

In an interview with a private TV channel, PTI Chairman said that now all things had come out and that the project was designed in the summer of 2021. “When Shahzain Bugti, who does not eat without permission, left PTI government it was finally clear to us that he had the plan to remove us,” Imran said.

Imran Khan claimed that the work had started to hire Hussain Haqqani during the PTI government time and he was hired by General Bajwa, who campaigned throughout the US that Imran Khan was anti-American and praised General Bajwa.

“I didn’t even understand what happened. They started saying that I wanted to appoint general (retired) Faiz as army chief, I had never thought about it, the candidates in the race to become army chief turned against me,” he said.

“I had my last meeting with general (retired) Bajwa around August, he said a strange thing that they had audios and videos and used to tell me that you were also a playboy. I said I was, I never said I was an angel,” he alleged.

Imran Khan asked who was tapping the audio of the prime minister’s safe line. He said that it was against the Official Secrets Act. He said that PTI would have gotten more seats than what was given in 2018.