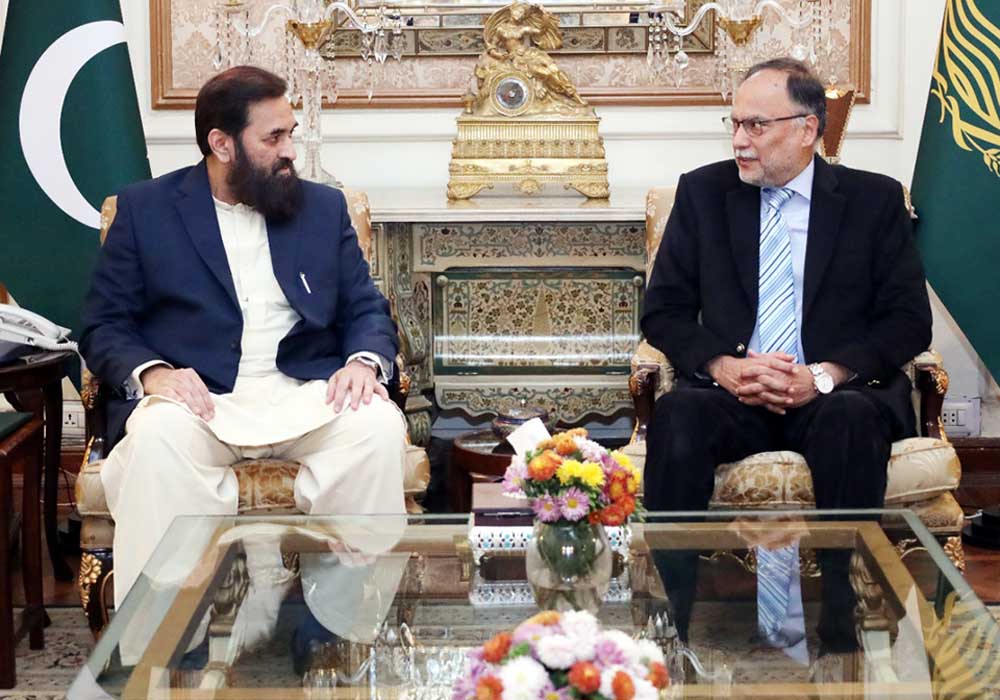 During the meeting, the overall political situation of the country and issues of mutual interest were discussed. Speaking on the occasion, Governor Baligh ur Rahman said that those who are bent on creating instability and disorder in the country will face failure. He said that the previous government took out record loans and pushed the country towards economic crisis. He said that Muslim League (N) started many public welfare projects during its tenure, which were ignored by the previous government.

He said that distribution of laptops on merit to the students, establishment of technical education institutes for economic empowerment of the youth, record funding to Higher Education Commission, for higher education, establishment of first women’s university for women empowerment and later many universities for the women were established during the Muslim League (N) era. He said that, Insha Allah, the journey of public service will continue.

Federal Minister for Planning and Development Ahsan Iqbal said that the constitutional order asking Punjab Chief Minister to take a vote of confidence was the need of the hour. He said that Pakistan Tehreek-e-Insaf is pushing the country towards political and economic instability by doing politics of chaos. Federal Minister, Ahsan Iqbal, said that the coalition government has not come into government for any political gains, but for public interest only. He said that the politics of anarchy is not in the interest of the country. He further said that PTI has done nothing but spread despair in the country.

Meanwhile, Punjab Governor Muhammad Balighur Rahman approved various summaries related to universities as chancellor. He approved the adoption of Punjab Regularization Act 2018 for the employees of University of Sargodha. The Governor/Chancellor has directed the Administrative Department that the cases of only those contract employees who have been lawfully recruited will be reviewed under the Punjab Regularization Act, 2018 for regularization and to probe irregular appointments and submit to the competent authority within 30 days. Furthermore,

Prof. Dr. Muhammad Shaukat Malik, Director, Institute of Banking and Finance, Bahauddin Zakariya University, Multan, has been given additional charge of the post of Vice-Chancellor Layyah for three months or until the permanent appointment of regular incumbent on this post, while Prof. Dr. Talat Naseer Pasha, Vice-Chancellor University of Education, Lahore, has been nominated as a member of the Selection Board of Government College University, Faisalabad for a period of three years or till the expiry of his term as Vice Chancellor. Governor/Chancellor also appointed Professor Dr Kamran, Department of Plant Protection, as Pro Vice Chancellor of Ghazi University, Dera Ghazi Khan, for a period of three years or his retirement whichever is earlier.