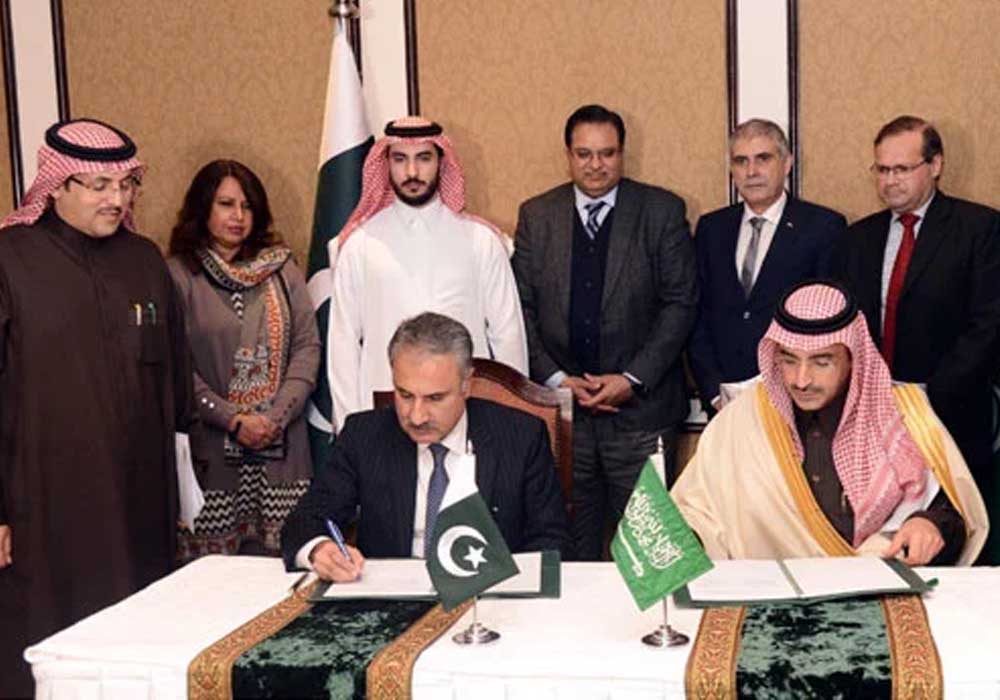 Pakistan and the kingdom of Saudi Arabia inked an agreement on Thursday to finance oil derivatives worth $1 billion, Economic Affairs Ministry confirmed.

The development comes amid news reports that Saudi Arabia is augmenting plans to increase the amount of investment and deposit in cash-strapped Pakistan which is struggling with a worsening currency crisis. According to an official statement, the agreement was inked by Economic Affairs Secretary Dr Kazem Niaz, and Saudi Fund for Development (SFD) Chief Executive Officer (CEO) Sultan bin Abdulrahman Al-Murshed.

Dr Niaz, speaking on the occasion, revealed that the pact was an extension of previously signed agreements in 2019 and 2021 valued at $4.44 billion to finance oil derivatives in Pakistan. Since its establishment, he said, the SFD had supported more than 40 projects and programmes in different development sectors valued at approximately $1.4 billion. For his part, SFD CEO said that the agreement emphasised the Kingdom of Saudi Arabia’s commitment to continue supporting the brotherly Islamic Republic of Pakistan.

Islamabad’s efforts to shore up the country’s forex reserves with the help of Saudi Arabia – amid a worsening currency crisis – have started paying off as Riyadh is considering ‘beefing up’ its deposit in the State Bank of Pakistan (SBP) from $3 billion to $5 billion. According to Saudi media, Crown Prince Mohammad Bin Salman earlier this week directed his financial officials to study increasing the Pakistan deposit by $2 billion.