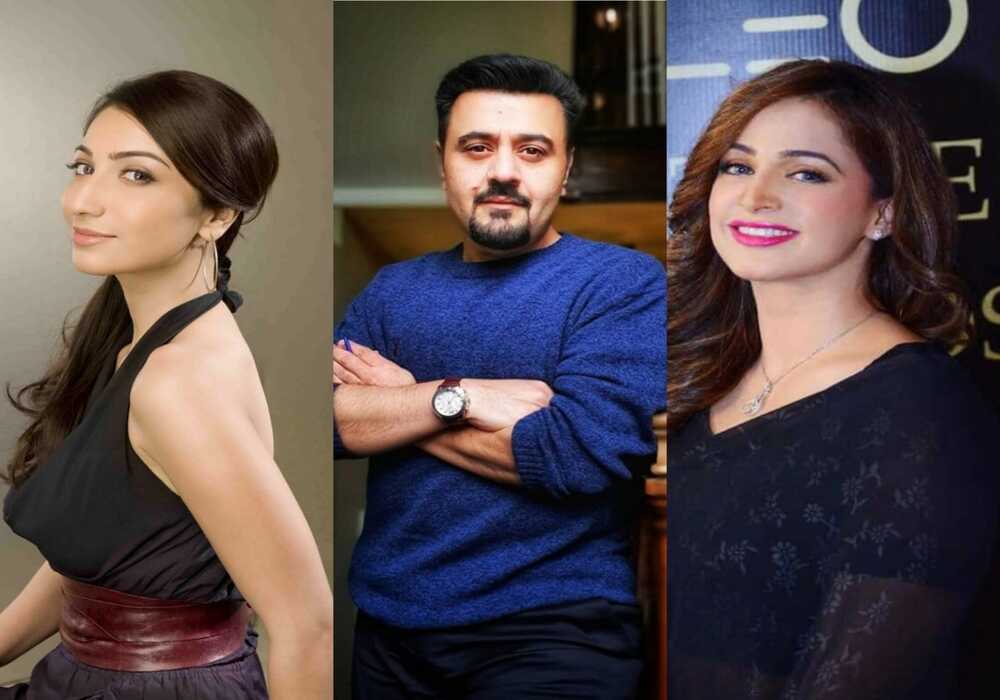 Sakina Samo has refused to watch ‘The Crown’ because of Humayun Saeed, and costars are telling her to keep calm.

Everyone has been left dumbfounded at Sakina Samo’s sudden outburst against Humayun Saeed. Her dislike for the actor inclined her to take it to Twitter and boldly tell everyone that she won’t be watching the Netflix series ‘The Crown’, the reason being that Humayun Saeed instead of Fawad Khan had been chosen for the role of Lady Diana’s love interest.

The actress and director, however, is now being met with a lot of criticism for her failure to keep patience and for not admiring a fellow from the fraternity for working in a foreign series. Initially, film actress Noor Bukhari responded to Sakina Samo’s tweet by saying that she thought that Humayun Saeed was the perfect choice for the role. Noor, however, did not openly confront Sakina Samo. Contrary to that, Ahmed Ali Butt immediately took to his Instagram to express how unhappy he was to see people from the same field belittling each other.

“Why can’t we be happy for someone? Why can’t we appreciate someone’s success or cheer for them? Why to be so hateful? May Allah soften our hearts and open our mind when it comes to support and love [for] each other…ameen!” said the singer, actor and host.

VJ Anoushey Ashraf followed suit and said that she strongly agrees with Ahmed Ali Butt. On Sakina Samo’s statement against Humayun Saeed going viral, Anoushey was found saying, “Humayun Saeed is a star who’s worked hard over the years and has always been modest about his success. As artists, be absolutely should life each other up. Make us proud, @saeedhumayun [sic] !!”

It seems like the senior actress and director has certainly lost respect for her apathetic statement against a fellow star and for refusing to watch something just because a person she doesn’t admire is featuring in it. Sakina Samo’s act has raised a lot of questions about the jealousies and insecurities that exist in the media fraternity, which other celebrities are now trying their best to cover up.