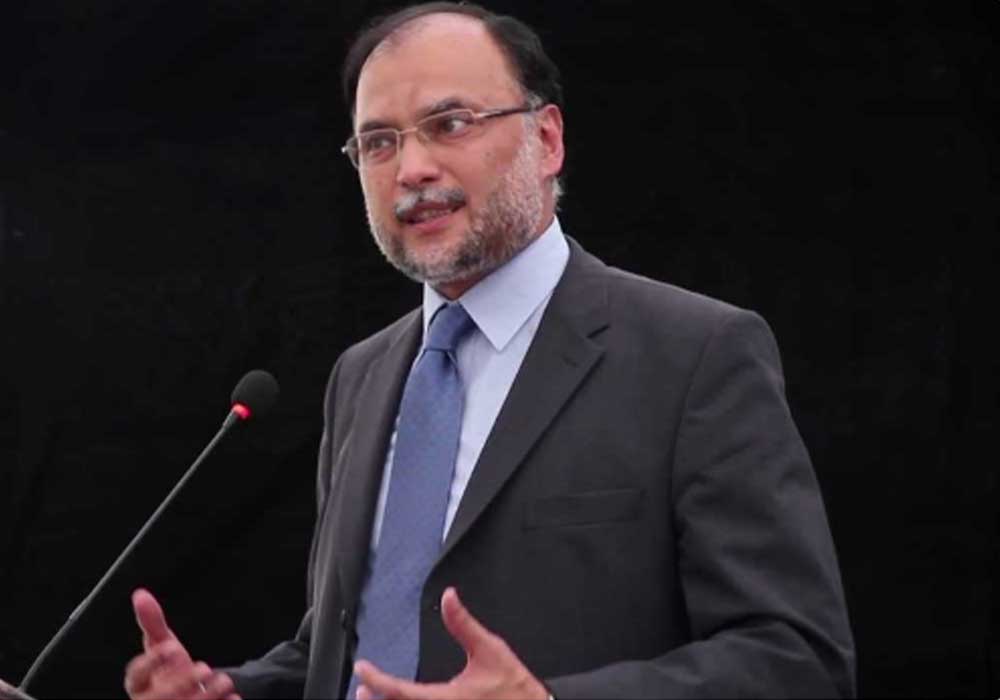 Federal Minister for Planning, Development and Special Initiatives Ahsan Iqbal alleged “discrimination” on the part of the judiciary, claiming, “We are disqualified, but Imran Khan has judicial protection.”

“This year the unsuccessful, inexperienced, and inept former prime minister Imran Khan was removed through the no-confidence motion because he raised inflation and took jobs away from the youth,” Iqbal stated during a news conference at Model Town.

Iqbal encouraged the PTI’s top brass to ask themselves if their hero Imran’s personality was greater than Pakistan’s. “Anyone who believes Imran Khan to be bigger than Pakistan should be aware that their idol will be destroyed.”

He questioned, who stomped the decision under his feet and played football when the Supreme Court restored Punjab local bodies?

Iqbal remarked whether the Supreme Court asked: “why they are not obeying the decision” when Imran and the previous chief minister of Punjab, Usman Buzdar, criticized the court’s bench.

Iqbal asserted that Imran enjoys immunity even when he disobeys a Supreme Court ruling by a female justice.

Technocrats have no place in the constitution, Iqbal declared, ruling out the idea of technocrat rule.