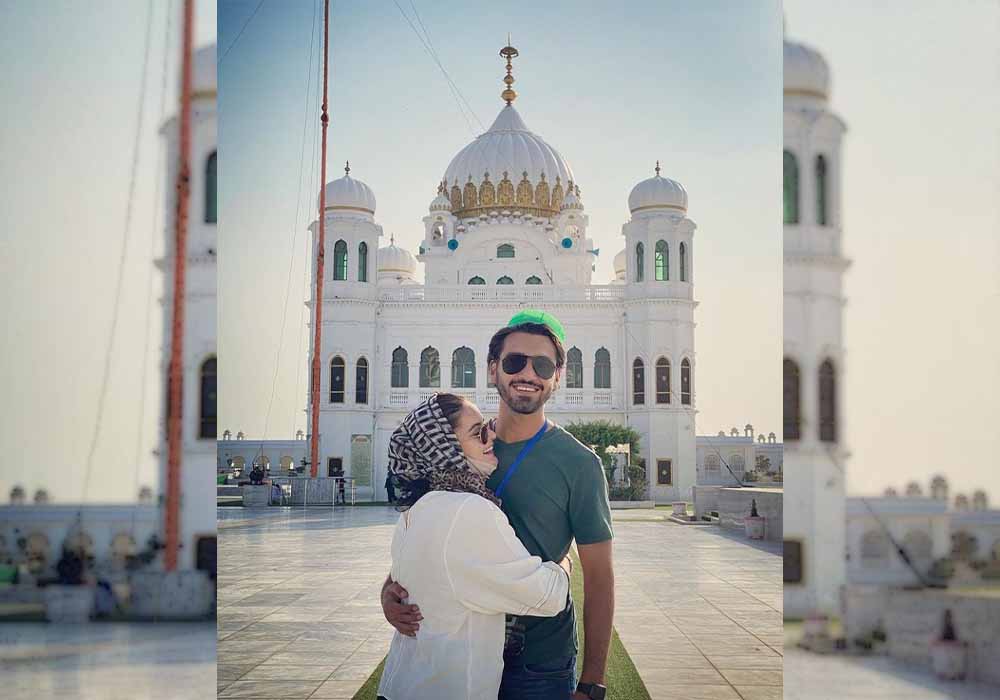 That Ahsan Mohsin and Minal Khan keep their fans posted about every trip they go to is not something new. The couple’s respective social media handles keep brimming with photos, usually showing the two exhibiting deep affection for each other.

Recently, the couple made it to social media with a picture before the famous Gurdwara situated in Kartarpur, Narowal. The picture showed the worship place of the Sikhs in all its glory, while standing in front of it were Ahsan Mohsin and Minal Khan, the wife having wrapped her arms around the husband.

While a lot of people were all praise for the couple, commenting that the two looked lovely together, a few people got offended at the couple making a romantic pose before another religious group’s worship place. Commentators did not shy away from saying that the two should have shown some respect for the worship place, even if it wasn’t a mosque.

“Har jaga shuru ho jaate hain (they get started regardless of the place they are at),” said one person, while another said, “Ibadat-gaah mein tou bas kardo (please leave a worship place, at least.”

Having said this, the celebrity couple received their fair share of love on the photo, with the majority posting hearts in the comment section.