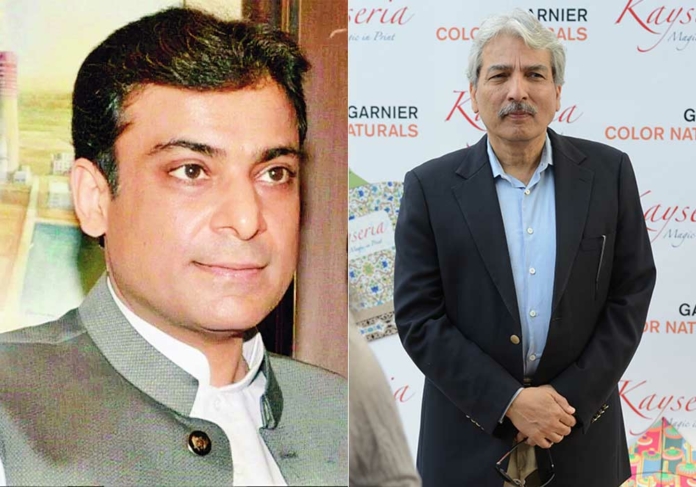 Prime Minister Shehbaz Sharif’s son and former Punjab Chief Minister Hamza Shehbaz could not appear before an accountability court hearing the money laundering case against him and others.

Judge Qamarul Zaman was hearing the case. During the proceedings, a lawyer who appeared before the court on behalf of Hamza Shehbaz submitted that his client was not well as he had been suffering from body pain. The counsel said that his client had also been away from his political engagements due to bad health. “The doctor has strictly advised him of bedrest,” the lawyer told the court while pointing out that Hamza was not well. After hearing the plea, the judge accepted the request of Hamza Shehbaz’s lawyer and adjourned further hearing till November 15.

Plea against confiscation of Sharif family’s assets: An accountability court on Tuesday sought more arguments on a plea moved by the Sharif family members challenging the order regarding confiscation of their properties. Judge Qamar-ul-Zaman was hearing the case. During the hearing, the lawyers representing PML-N leader and former Punjab Chief Minister Hamza Shehbaz and his mother Nusrat Shehbaz argued that the order regarding confiscation of the assets of the Sharif family was not correct. The counsels argued that many people attached to them would suffer if the assets were seized.

Chung police had booked Siddiqui and nine others over charges of attacking officials of the Punjab Irrigation department. Previously, Shoaib Siddiqui through his lawyer said that he was booked in a politically motivated case as he was not involved in attacking the government officials. He said that if he was not granted bail it was more likely that the police would arrest him.

He asked the court to grant him bail, so the police could not arrest him and he could join the investigation of the matter. After hearing initial arguments, the court granted him and other accused bail in the said case.

The Lahore High Court (LHC) on Tuesday granted protective bail to Pakistan Tehreek-e-Insaf (PTI) leader Hamid Zaman till October 31 in the prohibited-funding case. Justice Waheed Khan of the Lahore High Court (LHC) heard the bail petition of Hamid Zaman and stopped Federal Investigation Agency (FIA) from arresting him. He was granted protective bail by the court. On October 22, a banking court had also approved the bail of Hamid Zaman, one of the PTI’s founding members, in connection with the prohibited funding case. The Federal Investigation Agency (FIA) had arrested Zaman on Oct 7 and he remained in the custody of the investigation agency for two days.

The FIA submitted a plea seeking an extension in the physical remand of the PTI leader. However, the court rejected the request and sent him to jail on judicial remand. The FIA arrested PTI leader Hamid Zaman in a case pertaining to prohibited funding. The investigation agency registered a case against the trustee of Insaf trust – Hamid Zaman – over prohibited funding. Zaman had contested the 2013 general election from Lahore on the ticket of the PTI.