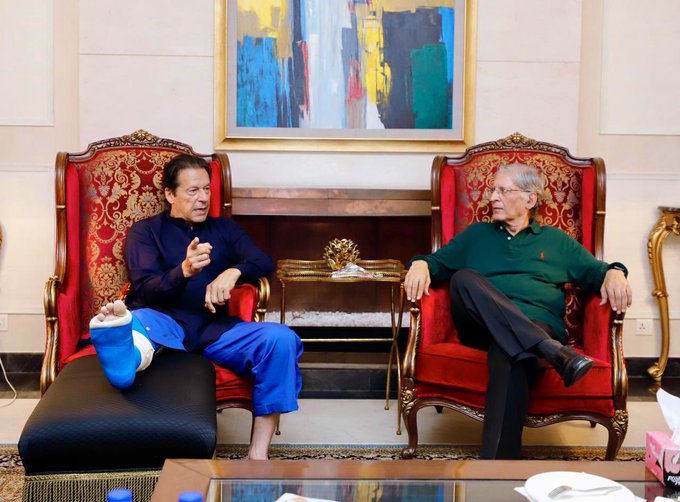 Aitzaz Ahsan inquired about the well-being of Imran Khan in the meeting and also discussed the long march, political situation and FIR of the Wazirabad incident.

According to reports Imran Khan said that 17 years ago he had invited Aitzaz Ahsan to join PTI. He said that PTI and Aitzaz have the same ideology and that Aitzaz’s future is with us.

Imran Khan said that Aitzaz Ahsan used to be his wicket-keeper and he knows cricket very well.

Aitzaz Ahsan said that when Imran Khan was fired upon he was watching TV at that time. He said that after the video statement of accused Naveed he got a call and he had said that the parrot was speaking.