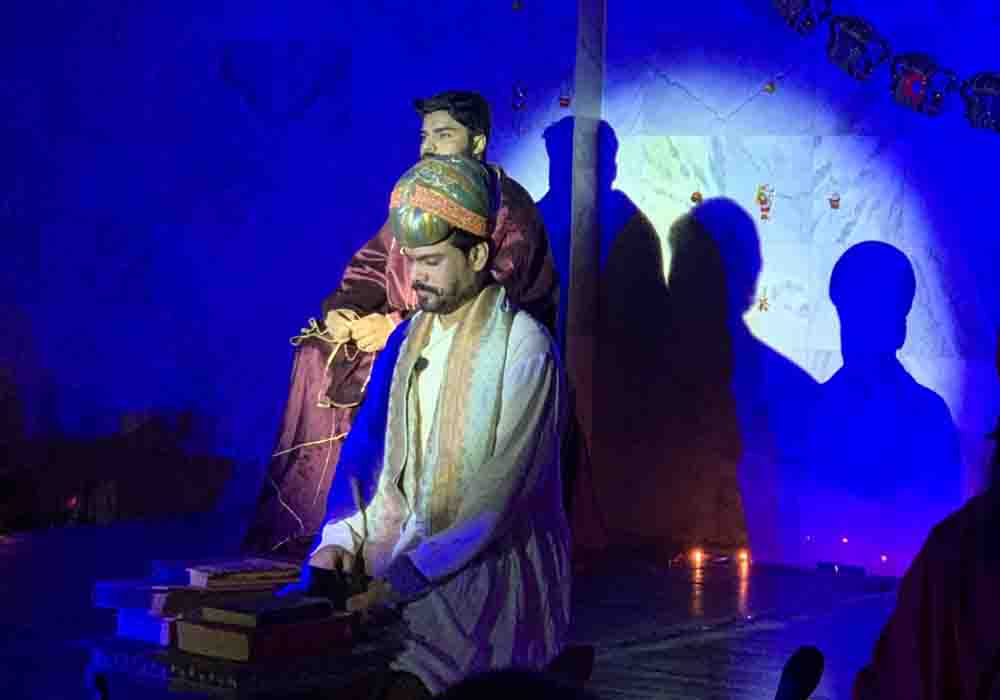 On December 19, Ajoka Theatre performed a short play by the name of ‘Dara’s Search’ at Loyola Hall on the occasion of a Christmas event organized by The Centre of Social Justice.

The play was beautifully choreographed, based on the Mughal prince Dara Shikoh’s search for common elements in the teachings of all the religions practiced in the subcontinent. The play also incorporated a poem on religious harmony by the Indian mystic, Bhagat Singh. In the performance, the verses were voiced by Kanwal Christopher. The cast included Qaiser Khan as Dara, Fahad Amir as Guru Har Rai, Nasir Mahmood as Baba Lal Das, Asad Bhatti as Father Boseo and Usman Zia as Mullah Badakhshi. 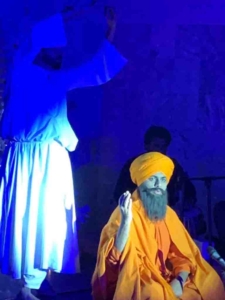 Dancer Luke Kelvin played Dara’s sprit while the set and lights were handled by Nadeem Mir. ‘Dara’s Search’ was basically based on extracts from Shahid Nadeem’s critically acclaimed play called ‘Dara’, which was given the Global Film and Music Award back in 2019. 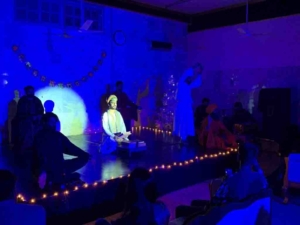 After the performance, Peter Jacob who happens to be the director of Centre of Social Justice thanked Ajoka for its performance and appreciated its role in promoting religious harmony. The event was also attended by Shahid Nadeem himself.