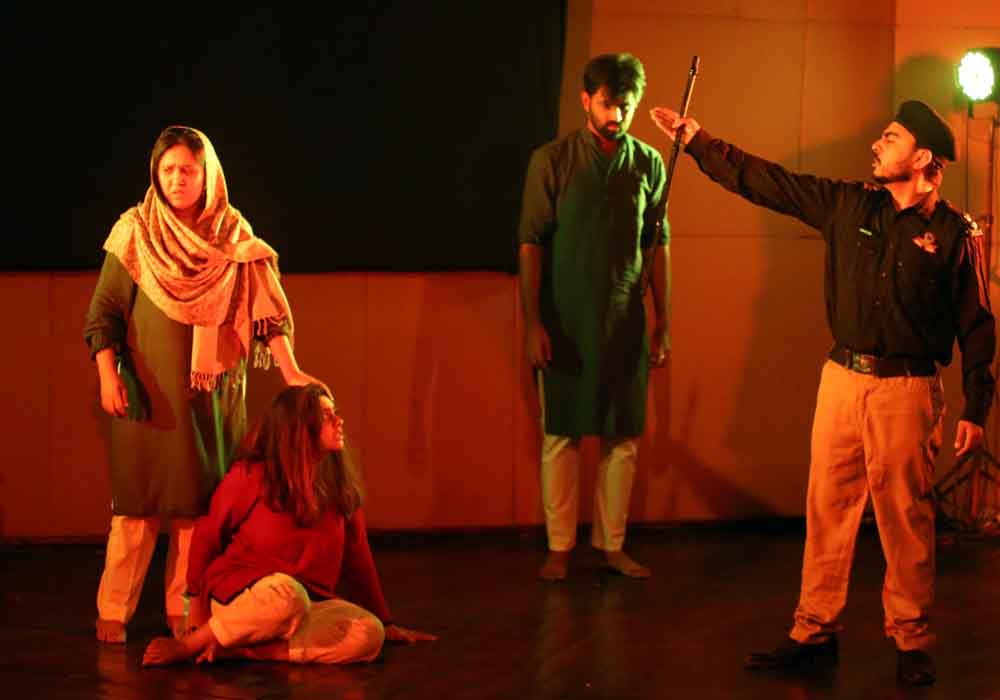 Performed on the 13th of this month in collaboration with Lahore Arts Council, the two plays were the first set of performances to be exhibited after two years of ban on cinema and theatre halls alike. 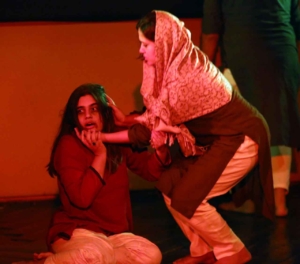 Dhee Raani was about the lip-service provided to ‘dear daughters’ but unjust and oppressive restrictions on their rights imposed in the name of honour and values. The second play, Sharam Di Gal addressed the stigma associated with rape victims who strive to seek justice but are stopped from doing so and are asked to stay silent instead.

Both of the plays, written by Shahid Nadeem, were directed by Nirvaan Nadeem, the son of late Madeeha Gauhar who is successfully following his inspirational mother’s footsteps by acting as the current director of Ajoka Institute. Ajoka’s choreographer, Luke Kelvin performed a dance on the same theme on which the plays were based, and a recording of another play titled Jhalli Kithay Javay, performed by the online batch of ‘Art of Acting’ class, followed the event. 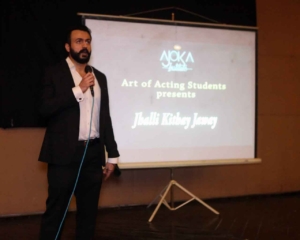 Nirvaan Nadeem, who had been mentoring these students congratulated them on the successful completion of their course, while Shahid Nadeem also appreciated the passionate performances by the students, mostly the first-time actors. The event came to an end with a distribution of certificates among all the participants.