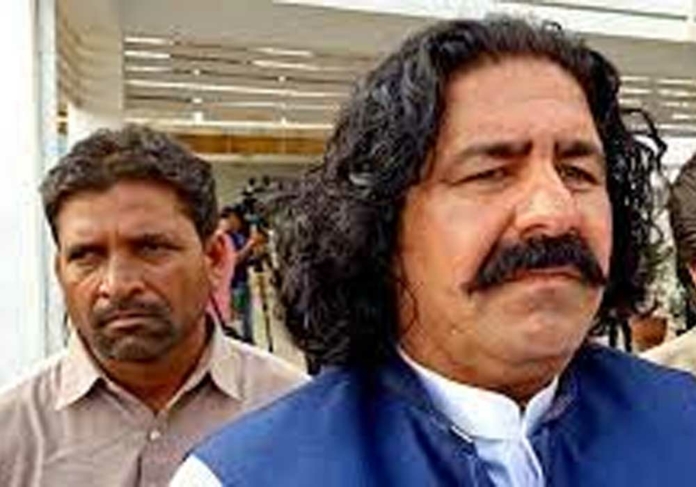 A local anti-terrorism court (ATC) on Tuesday acquitted incarcerated MNA Ali Wazir in a case pertaining to alleged sedition and delivering an incendiary speech against state institutions at a rally. The order was passed after the prosecution failed to prove the charges against the lawmaker, who is jailed in Karachi’s central prison since December 31, 2020, his defence lawyer Qadir Khan told the media.

Ali Wazir is still facing trial in three other identical cases lodged in Karachi, in which he had already been granted bail. He faces a fourth sedition case in Khyber Pakhtunkhwa’s Miran Shah.

In November 2021, the Supreme Court granted bail to Wazir in a case lodged against him, along with Pashtun Tahafuz Movement (PTM) chief Manzoor Pashteen and other leaders, for delivering incendiary speeches at a rally within the jurisdiction of Sohrab Goth Police Station.

Later, the Sindh High Court in May granted him bail in a second identical case lodged at the same police station.

Karachi police had then booked him in a third case lodged at the Shah Latif Town Police Station against PTM leaders over alleged hate speech against state institutions. After the trial court granted bail to Wazir in the third case in July, the police filed a challan against him in a fourth case registered at the Boat Basin Police Station.

The cases were lodged under Sections 124-A (sedition), 125 (waging war against any power in alliance with Pakistan), 147 (punishment for rioting), 149 (every member of unlawful assembly guilty of offence committed in prosecution of common object), 153 (wantonly giving provocation with intent to cause riot, if rioting be committed; if not committed), 153-A (promoting enmity between different groups etc), 500 (punishment for defamation), 505 (statement conducing to public mischief) and 506 (criminal intimidation) of the Pakistan Penal Code, read with Section 7 (punishment for acts of terrorism) of the Anti-Terrorism Act, 1997 on behalf of the state.