Alkhidmat hits milestone of delivering 30,000 wheelchairs across the country 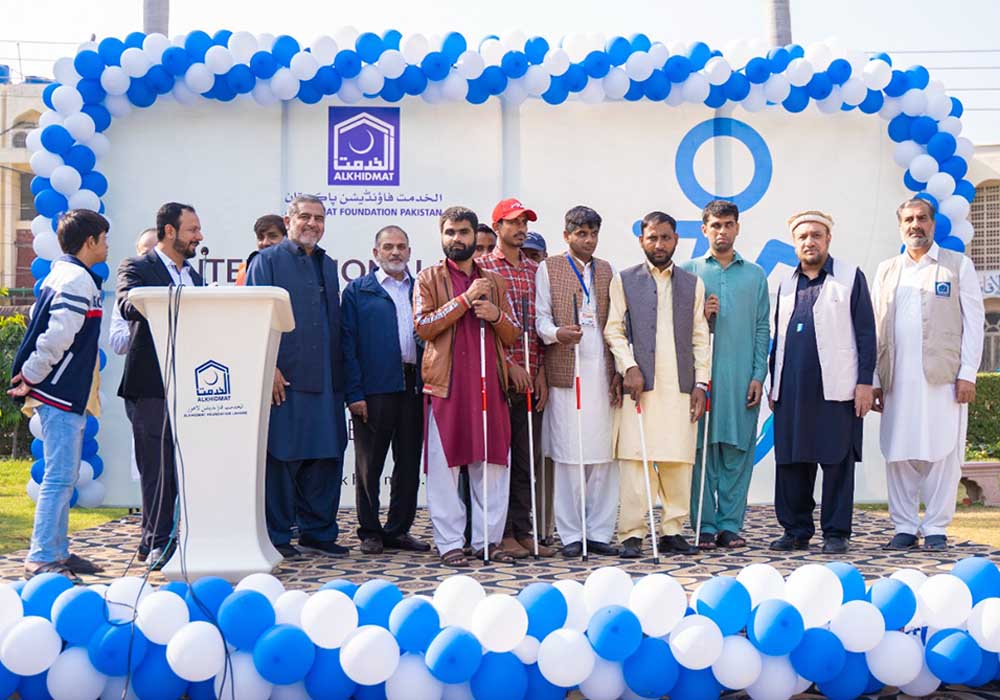 The Alkhidmat Foundation is celebrating a milestone of having distributed 30,000 wheelchairs among those in need around the country since its beginning in 2012.

In connection with International Day of Persons with Disabilities 2022, the foundation distributed 50 wheelchairs among the physically challenged people and 50 white canes among 50 visually impaired persons a ceremony held in Lahore.

Alkhidmat Foundation Vice President Dr Mushtaq Mangat was the guest speaker at the ceremony that was attended by hundreds of participants comprising civil society members and students.

Addressing the event, Dr Mushtaq Mangat said that as per WHO reports, there are currently one billion people with disabilities worldwide which make 15 per cent of the world’s population out of which 75 million people lack wheelchair facilities.

“As per United Nations Development Program estimates, at present, more or less 27 million people in Pakistan are suffering from some form of disability. According to the Pakistan Bureau of Statistics, 295,000 people are physically disabled, the majority of whom belong to backward areas, being even deprived of facilities like basic medical treatment and wheelchairs. Hence, to alleviate the hardship of such persons, Alkhidmat Community Services Program arranges and distributes thousands of wheelchairs every year,” he explained.

He added that identifying and selecting recipients for wheelchairs is a major task and a complete system has been developed in this regard. “Wheelchairs are provided after checking applications received from the disabled persons at the local level. Besides, indoor sports festivals are also organized for the disabled persons in which thousands of special persons actively participate,” he continued.

Alkhidmat Foundation spokeperson Shoaib Hashmi said that wheelchairs were distributed with the help of a famous American charitable organization that manufactures wheelchairs for the welfare of special people. 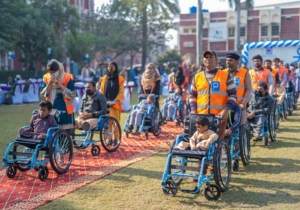 “Free Wheelchair Mission provides free wheelchairs for disabled people in developing countries. The aim of this organization is to eliminate the feeling of deprivation among special people, who lack resources, so that these people can also become self-sufficient by getting basic facilities like education and employment. Free Wheelchair Mission has so far distributed wheelchairs among 1.3 million disabled people in 94 developing countries across the globe,” he concluded.

Shamila Bibi, a physically challenged woman who was provided with a wheelchair during the event, said: “I was incomplete without a wheelchair. I had to crawl on the ground to go from one place to another but now the situation is not the same.”

International wheelchair cricket player Muhammad Shaukat said: “I was in a dire need of a wheelchair but did not have enough resources to buy a good wheelchair for myself.  Today, after getting a wheelchair, my life will become easier.”

The International Day of Persons with Disabilities is celebrated across the world, including Pakistan, on December 3 every year. The celebration of this day was announced by a resolution of the United Nations General Assembly in 1992. The day is about promoting the rights and well-being of persons with disabilities at every level of society.