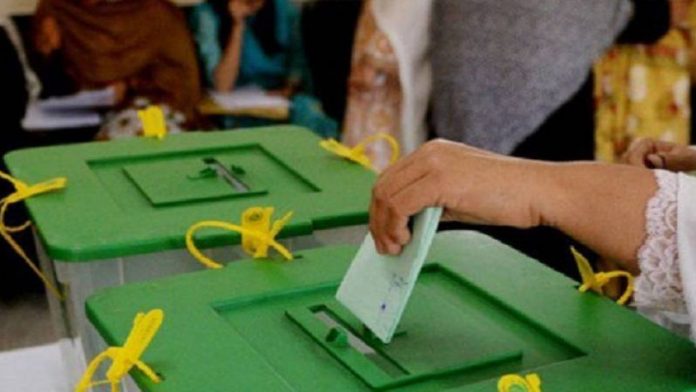 All ten candidates of the Pakistan People’s Party (PPP) have been elected unopposed in Tando Ghulam Ali town of Badin district.

Sharing details of the unopposed bodies from all ten wards of the town, PPP MNA from Badin Mir Ghulam Ali Khan Nizamani claimed that all had been elected unopposed as no other political party or group submitted their nomination forms to contest elections against the PPP’s candidates.

Those who returned unopposed included Mir Noor Mohammad, Shahid Arain, Zulfikar Ali, Mukhtiar Ahmed, Abdul Sattar, Mohammad Umar Samoon, Saeed Memon and others. The RO Matli and DRO Badin also confirmed that the entire panel of PPP had been elected unopposed for the second phase of the local bodies’ elections.

Former Senator Bibi Yasmin Shah, her spouse and former Sindh Minister Syed Ali Bux aka Pappu Shah revolting against the party decision have announced to boycott from contesting LB polls in the entire Badin district. Boh Pappu Shah and Yasmin Shah announced the big decision while addressing the press conference at their residence in Wahani Sharif along with their supporters on Thursday.

The influential Badin couple said that they had joined PPP in 2016  ahead of general elections after the then Chief Minister Sindh Qaim Ali Shah had arrived at their residence in Karachi and invited them to join PPP.

They said that they joined the PPP but they had decided to boycott to contest elections after the PPP leadership refused to award tickets to their supporters in Tando Bago and other parts of the district. They said that their son Syed Sindar Ali Shah would not contest the election from Ward No 7 Tando Bago town in protest against the party decision imposed on them. Talking to Minute Mirror, Bibi Yasmin Shah denied reports of quitting the PPP, saying that they would remain part of the party but had decided to boycott the LB polls due to the indifferent attitude of the leadership to them and their supporters.