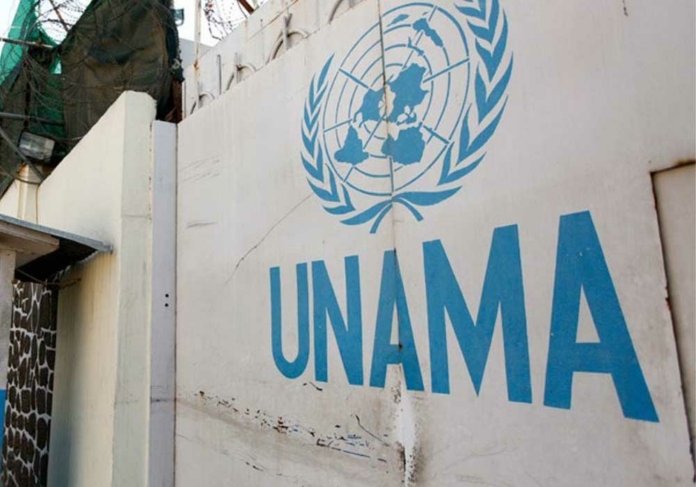 These crimes against Journalists in Afghanistan include arbitrary arrests, mistreatment, threats, and intimidation of journalists.

Human rights abuses of more than 200 reporters in Afghanistan recorded by UNAMA since August 2021.

Media in #Afghanistan is in peril.

The United Nations Assistance Mission in Afghanistan (UNAMA) today, on the occasion of the International Day to End Impunity for Crimes Against Journalists tweeted that since August last year, the agency has reported 200 cases of Journalist rights violations.

UNAMA also stated that the media in Afghanistan is in danger.

It also demanded the protection of journalists and an end to the culture of impunity.
UNAMA tweeted, “Stop attacks against journalists.”

The United Nations also called the defence of journalism a defence of democracy and threats against journalists a threat against basic freedoms.

Now, more than ever, we need facts. Defending journalism is standing up for democracy.

Wednesday is the International Day to #EndImpunity for Crimes Against Journalists. https://t.co/CUaILFFm6P via @UNESCO pic.twitter.com/AhvNZmhoJa

Earlier organizations supporting journalists also expressed their concern over the increase in violence and arrests of journalists in Afghanistan.

The closure of a large number of news outlets in Afghanistan has resulted in a rise in crime against journalists.

In the last two decades, more than 200 radio stations, around 100 television channels, and dozens of print and online broadcasts were operating in Afghanistan.

According to reports, following the Taliban’s takeover, more than half of the country’s media outlets ceased operations due to economic difficulties and restrictions.

Moreover, a large number of journalists and media workers have also been forced to leave the country.