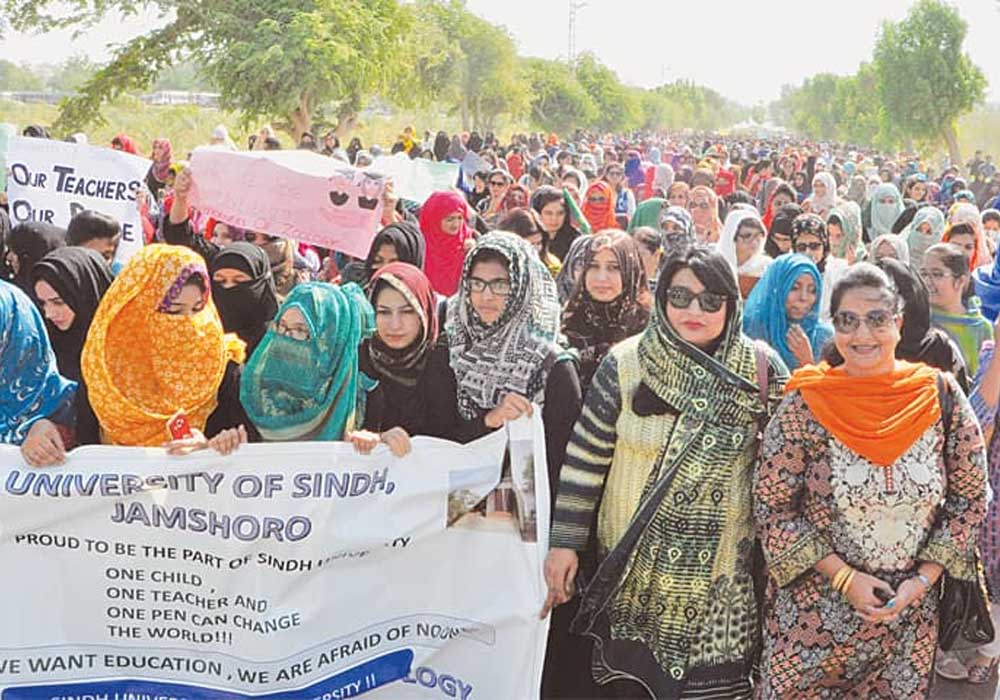 The Vice-Chancellor University of Sindh Professor (Meritorious) Dr. Mohammad Siddique Kalhoro has said that five thousand students, including more than two thousand girl students, are living in boys and girls hostels of the university, and if the dormitories are abolished to reduce the financial burden, as many as two thousand female students belonging to the rural areas of Sindh may be deprived of higher education.

This he said while addressing the 44 officers of grade 18 of 6 different groups who were taking the 34th mid-career management course at the National Institute of Management Karachi.

The Vice-Chancellor further said that the federal government released Rs320 million under the Ehsaas scholarship which had been disbursed to the deserving students while another Rs160 million will be distributed among the selected meritorious students once the university opened after summer vacations. He said that after the federal government, the Sindh government and the Sindh Higher Education Commission (HEC) had also been providing scholarships for the students of the University of Sindh for the last two years, which were being delivered to the meritorious students after interviews. He said that during his one-and-a-half-year tenure as VC, he made the admission system online and computerized the finance wing, due to which the financial leakages were stopped.

Dr. Kalhoro while addressing the Director General of National Institute of Management Karachi Dr. Lubna Ayub said that the officers of the University of Sindh should also be considered for training along with civil servants, which will improve the working of the officers. “If institutions are strong, the governments will also be strong”, he said and added that the University of Sindh, University of Karachi, Shah Latif University Khairpur or Punjab University Lahore could not be compared with Oxford or Cambridge universities, however, the higher education institutions of the country were imparting quality education and conducting research in their capacity.