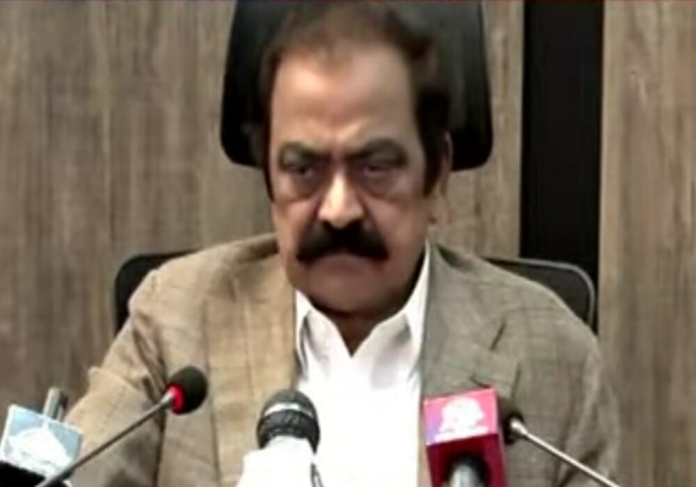 Interior Minister Rana Sanaullah has said that they had already said that there should have been formed Joint Investigation Team (JIT) over the matter of firing on PTI’s march.

Speaking to a private TV channel after the press conference of Pakistan Tehreek-e-Insaf (PTI) Chairman Imran Khan, the interior minister said that senior members of all agencies should be included in the JIT of the matter and that will conduct a transparent investigation into the matter.

He said that fake cases were registered against them and that they were not blackmailed even at that time; therefore no one could blackmail the government even now.

Rana Sanaullah said that the man who has been arrested was captured by PTI supporters from the scene.

Responding to a question he asked what the PTI government had done against the minister who had spoken in a press conference during their tenure.