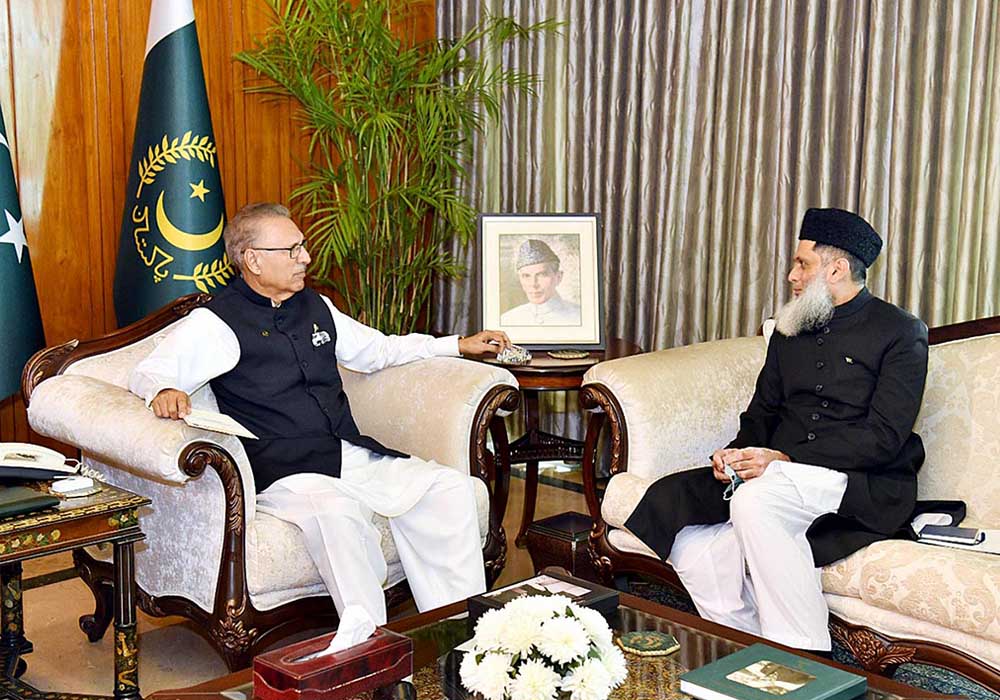 President Dr Arif Alvi on Wednesday urged the universities to focus on Research and Development (R&D) activities to produce quality and skilled manpower which was needed for expeditious socio-economic development of the country.

The president, chairing a follow-up meeting on the National University of Modern Languages (NUML), Islamabad, said that hiring qualified, committed and professional faculty was of paramount importance for imparting the latest knowledge and for the intellectual development of the graduates. He emphasized that universities should adopt innovative and creative techniques to increase the number of students and graduates by adopting hybrid and online teaching methodologies.

He also emphasized that all stakeholders in the education sector should further improve their intellectual and psychological skill set, and embrace policies, rules and regulations compatible with the market-driven needs of educational institutions and the students to meet the exponentially increasing market demand for skilled human resources, especially in the IT sector.

President Alvi said that education was the biggest source of socio-economic development, therefore, it was inevitable to train and educate youth to empower them financially and economically. He expressed his concern over the brain drain witnessed by the country in the previous years. The president underscored that we should also make all possible efforts to keep the educated youth within the country by providing equitable opportunities so that they could serve as the engine of growth for the economy and socio-economic development of the country.

He emphasized that as per the requirement of the market, the universities should offer two years Associate Degree Courses or appropriate diploma courses for those sectors where the market needed an immediate inflow of trained and educated human resources, like the IT sector. The president highlighted the importance of learning international languages which, he said, provided means for enriching insight and wisdom through literature, science and other knowledge produced in these languages. He also appreciated the role of NUML in the promotion of education in the country, especially the learning of international languages.

Major General (Retd) Muhammad Jaffer, Rector NUML, briefed the president on various initiatives and educational programs introduced by the University. He said that currently, NUML was teaching more than 21 national and international languages. He added that the NUML had over 22,818 students, 77,176 alumnae, 1,384 faculty members and around 915 administrative staff. Moreover, it has nine regional campuses in Quetta, Rawalpindi, Karachi, Hyderabad, Lahore, Multan, Faisalabad, Peshawar and Gwadar besides an international campus in Urumqi, China.

He also emphasized the need for regulators to come forward and bring solutions to increase the number of students to meet the growing market demands.

Also, President Dr Arif Alvi on Wednesday said that the Muslim world should utilize its financial resources for providing quality education to its youth and enhancing the intellectual capabilities of the Ummah so that indigenous knowledge may be produced in Muslim countries. He added that the Science and Technology were playing a pivotal role in the modern world as they affected human development in all aspects of life and could be used to transform the Muslim world. The president said this while chairing the 31st Executive Committee meeting of the OIC Ministerial Standing Committee on Scientific and Technological Cooperation (COMSTECH) here at Aiwan-e-Sadr.

Alvi on Wednesday called for further consolidating the existing brotherly relations between Pakistan and Syria, promoting people-to-contacts, and establishing linkages between the private and public institutions of the two countries. The president, in a meeting with Ambassador-designate of Pakistan to Syria Air Marshal (Retd) Shahid Akhtar, who called on him here at the Aiwan-e-Sadr, said Pakistan accorded high priority to its relations with all the Muslim countries, including Syria.