AMAN 2023 manifests Pakistan Navy’s desire in maintaining peace, stability and security in the Arabian Sea and the wider Indian Ocean. It will show the world our collective resolve to maintain ‘aman’ in our maritime domain. So true for the gathering of the mariners, in the words of Shakespeare, “Our navy is addressed, our power collected.” 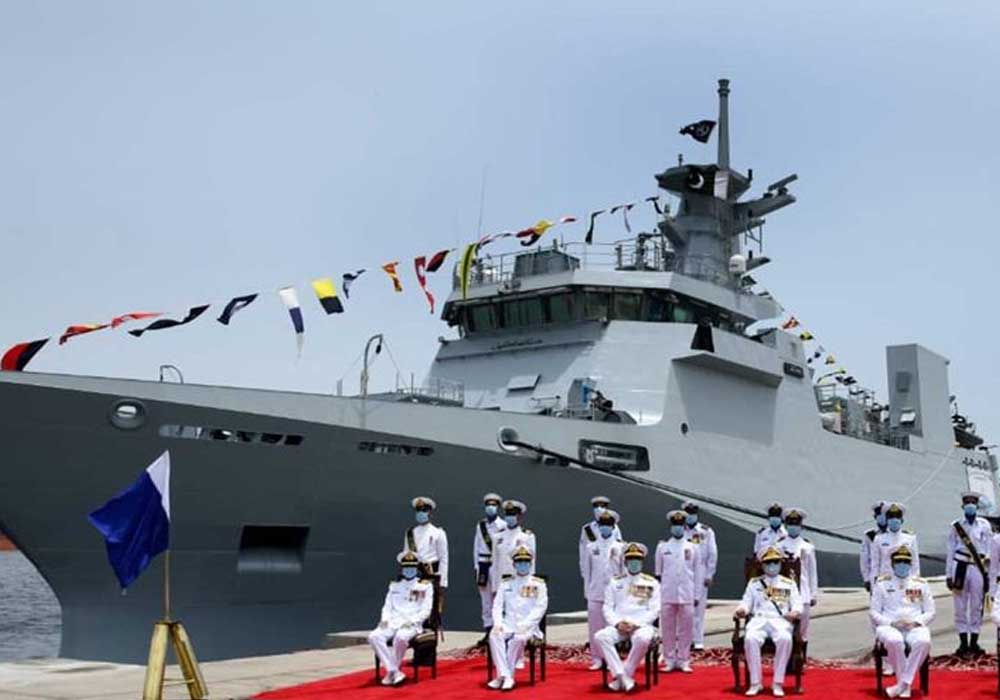 A bright sun shone on the decks of PNS NASR. It was 10th March, the third day of the sea phase of the multinational maritime exercise AMAN 2007. Since early morning, helicopters landed on her deck carrying VVIPs to witness the International Fleet Review. The President of Pakistan was the Chief Guest. Governors of Balochistan and Sindh, the Chief Minister of Sindh and the Defence Minister were on board. Ambassadors from several countries joined for the Review. Commander US Fifth Fleet arrived in a USN helicopter.

The occasion wore a festive look and marked the culmination of AMAN 2007, the first of AMAN series of multinational maritime exercises two US aircraft carriers USS Dwight D Eisenhower and John C Stennis closed PNS NASR. The Fleet Review started with a fly past by PN, PAF and US Navy aircraft and concluded with the traditional naval salute of Man and Cheer Ship from the 14 ships of Bangladesh, China, France, Italy, Malaysia, UK and USA led by units of PN Fleet.  It was a treat to watch the smartly turned-out men in white lined on the decks of the passing ships cheering the President.

Pakistan Navy has been participating in the United Nations-mandated coalition efforts to keep the Indian Ocean peaceful and free from any unlawful activities. The influence and collaboration built up after an endeavour of 3 years (2004-2007) led to these nations joining the Pakistani-sponsored international maritime exercise.  Pakistan and Pakistan Navy were rightfully proud of their accomplishment on that day. Pakistan Navy initiated AMAN 2007, without any forethought of making it a regular event. The impressive success and appreciation of this maiden effort convinced Pakistan that the exercise should become a regular biennial event. Since 2007, seven AMAN exercises have been organized with the wholesome participation of the regional and international navies.

AMAN is a multidimensional exercise. It comprises of harbour, sea, underwater, aerial and special ops activities. It has participants from all over the world.  So far many countries have participated in the seven editions of AMAN exercise with ships, aircraft and special operation forces.  Many other countries send their observers to witness these exercises. Navies from far-off countries such as China, Russia, the United Kingdom and the United States come together for these multinational exercises. More than 40 countries participated in AMAN-2021. A similar number is likely to join AMAN-2023.

Organizing these exercises requires tremendous effort in logistics planning, operational finesse and organizational skill.  However, it is not only work but some fun as well. AMAN exercises also bring the participants closer culturally through an international food festival and traditional music show.  For all the participants these events turn out to be a memorable part of this maritime exercise.

AMAN exercises have no political agenda or favour any country.  Their focus is to develop friendly relationships and cooperation among the participating countries.  The focus of the exercise remains to show-case inter-operability, camaraderie among naval crews and removing barriers.  It features navies and coast guards large and small.  We all operate in the same medium; a global common.  The large navies come to offer help to smaller nations. The smaller nations participate in the faith that they will earn the respect and collaboration as equal partners.  They come together for mutual understanding and vouch to aid each other against non-traditional threats of terrorism, piracy, armed robbery, narco-trade, arms smuggling, human trafficking, illegal fishing and other illicit activities in our neighbouring maritime area.

The Indian Ocean has not seen conflict between two nation-states in more than 30 years.  However, its security has been threatened by piracy and drug trafficking.  Somali Piracy was controlled by a rainbow coalition of maritime forces from around the world.  This cooperative effort was unprecedented and historical. Nations far from the Horn of Africa such as Chile and South Korea participated to curb this menace. Drug trafficking has seen a rise in the Indian Ocean. The international nature of the high seas makes the oceans particularly vulnerable to the illicit drug trade and other crimes. Countering them is not possible for any nation alone.

Multinational maritime exercises such as AMAN aim to meet non-traditional security threats jointly.  They improve the interoperability and tactical proficiency between the coalition nations and enhance effectiveness in supporting maritime security objectives. The word AMAN is synonymous with maintaining peace and order.  Pakistan Navy has been in the forefront of maintaining security as part of coalition forces CTF 150 and 151 and patrolling even singly far reaches of the Indian Ocean. AMAN 2023 manifests Pakistan Navy’s desire in maintaining peace, stability and security in the Arabian Sea and the wider Indian Ocean. It will show the world our collective resolve to maintain ‘AMAN’ in our maritime domain. So true for the gathering of the mariners, in the words of Shakespeare, “Our navy is addressed, our power collected.”