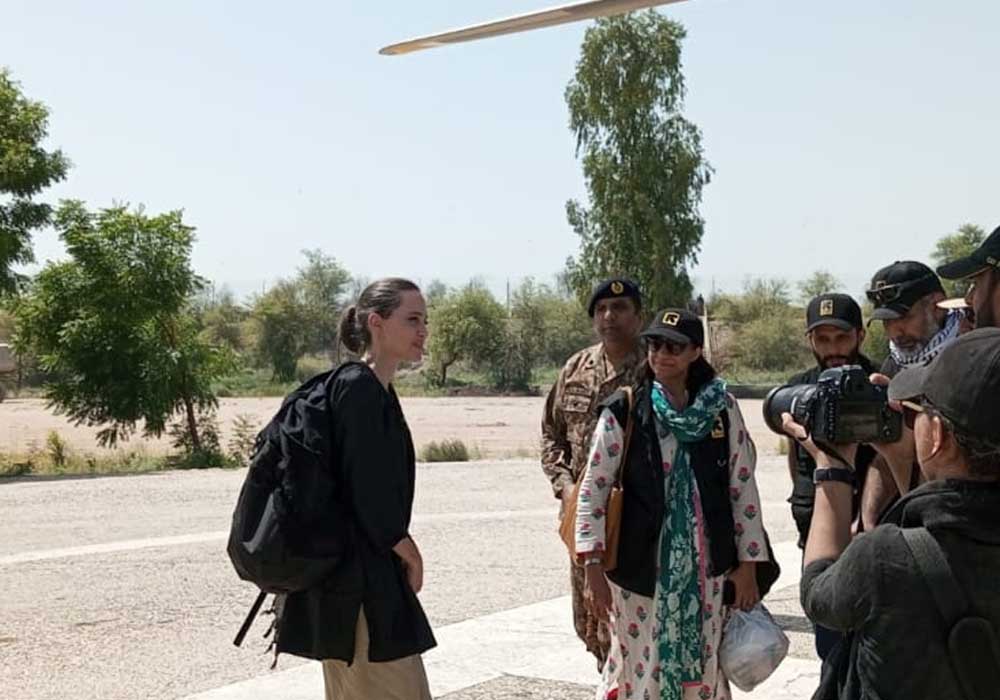 On Tuesday, Angelina Jolie arrived in Dadu, Sindh to see and comprehend the situation, as well as to learn about the needs of those who are directly impacted and how to stop future suffering.

Around 33 million people have been affected by the country’s widespread flooding and heavy rains, which have also flooded a third of the land.

She will ask the international community for immediate assistance for the Pakistani people as well as long-term solutions to the problems of climate change, mass migration, and ongoing instability that we are currently experiencing on a global scale.

Jolie will witness firsthand how Pakistan and other nations are bearing the brunt of the expense of a crisis they did not start.

According to IRC, her visit would shine a light on this matter and inspire the international community, particularly governments that are the biggest contributors to carbon emissions, to take action and offer immediate assistance to nations suffering the most from the climate disaster.

She has previously visited victims of the 2005 earthquake and the 2010 floods in Pakistan.