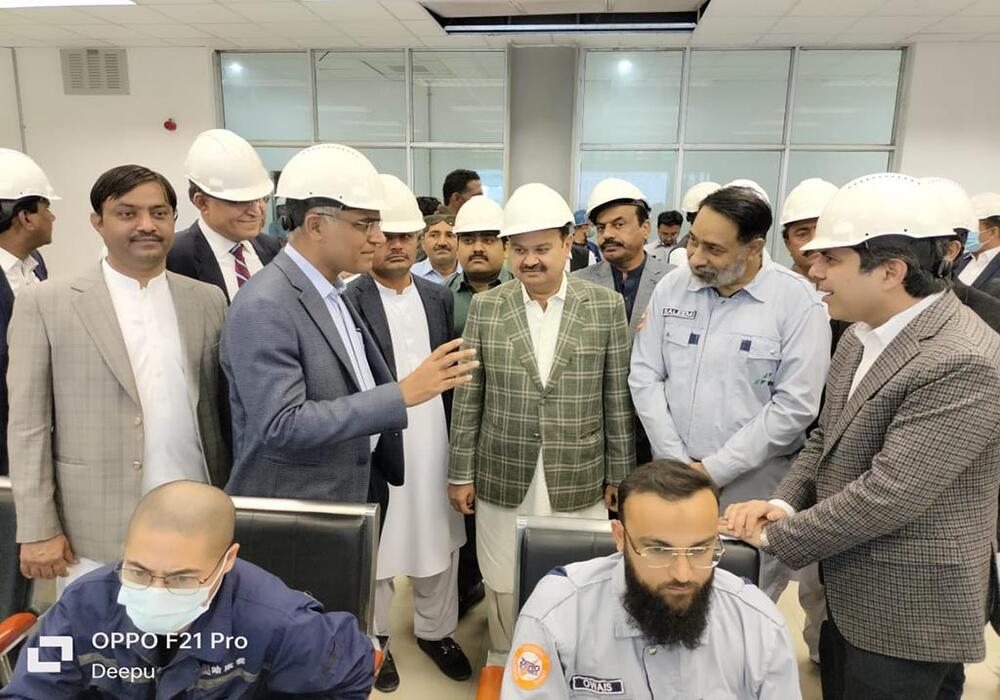 The HUBCO’s 330 MW ThalNova Power Thar has been successfully linked with the national grid, lifting the total production of power from Thar coal to around 3,000MW.

The State Minister Dr. Mahesh Malani, on behalf of Sindh Chief Minister Syed Murad Ali Shah whose private flight was cancelled due to bad weather in Thar, inaugurated the synchronization of 330 MW of ThalNova with the national grid by switching the button in the control room of the project on Friday.

The CEO of HUBCO Group Kamran Kamal and CEO ThalNova Saleemullah Memon gave a detailed presentation to State Minister Dr Mahesh Malani about the project and lauded the efforts of Sindh Chief Minister Syed Murad Ali Shah for his support and encouragement to the investors for generating electricity from Thar Coal.

The Chief Minister in his message to the inauguration ceremony said that the addition of power plants like ThalNova that utilized local fuel would significantly support Pakistan in reducing its dependency on imported fuel. He said that ThalNova has also created hundreds of direct employment opportunities for locals.

He said that the coal reserves of Thar could be used to generate 100,000 MW of electricity for over 200 years. “The utilization of Thar coal would immensely impact Pakistan’s development, allowing the government to save up to $6 billion on fuel imports,” he said.

It may be noted that ThalNova Thar Power Limited is a 330 MW Coal Fired Power Project based on Thar Coal. It is part of the China-Pakistan Economic Corridor (CPEC).

The Project started construction in March 2019 to ensure the earliest utilization of indigenous Thar Coal.

The Project experienced delays due to the COVID-19 pandemic. The Project has now been synchronized with the national grid.

The Chief Minister said that ThalNova will utilize the indigenous coal from Phase 2 of Sindh Engro Coal Mining at Thar Block 2, and this will bring the cost of energy from Thar coal Block 2 to Rs 9/kw-hr versus imported coal plants which cost around Rs 20-30/kw-hr.

Meanwhile, State Minister Dr Mahesh Kumar Malani speaking on the occasion said that Thar coal was a game-changer project for Pakistan, which is a great example of the friendship of Pakistan and China under the CPEC. He further said that Thar coalfields were helping provide 2,600MW of electricity to meet the power shortfall. He said that there were 7.5 million tons of coal deposits in Thar, which could save $2.5 billion annually by generating cheap electricity. He further said that generating electricity from Thar coal was the dream of Benazir Bhutto who had called Thar coal “black gold”. He said that PPP Chairman Bilawal Bhutto Zardari had directed that royalty and other benefits of Thar coal should be transferred to the local people of Thar. “In the Thar coal project, the owners of the companies have been bound to provide employment to the local people of Thar,” he said.

Dr Malani said that sincere efforts would be made to establish grid stations in Thar. In response to another question, he said that the government of Sindh would be asked to supply wheat to the mill owners under the liberal policy of providing cheap flour to the people of the desert district. The State Minister said that measures would also be taken to activate the closed RO plants in the entire district as soon as possible.