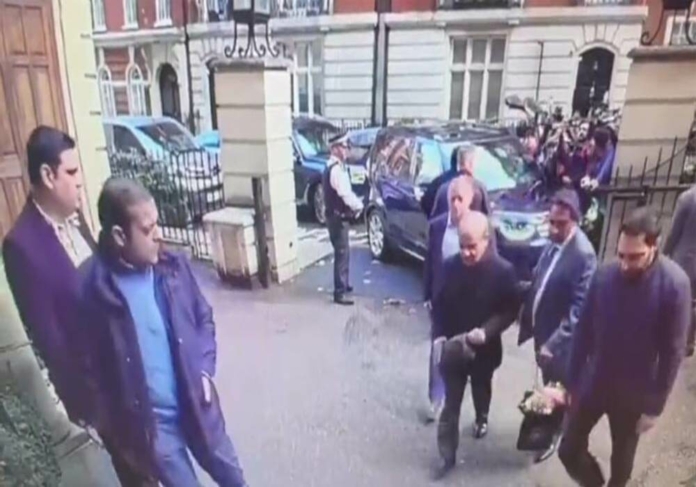 The meeting was held at Hassan Nawaz’s office in London. PM Shehbaz had arrived at the office of his nephew with police protocol.

Police personnel were also deployed on road outside the premises of the building where Hassan Nawaz’s office is. The purpose of the police appointment was to avoid any anti-sloganeering upon the arrival of PM Shehbaz.

Khawaja Asif and Malik Muhammad Ahmad have been called especially for the meeting.