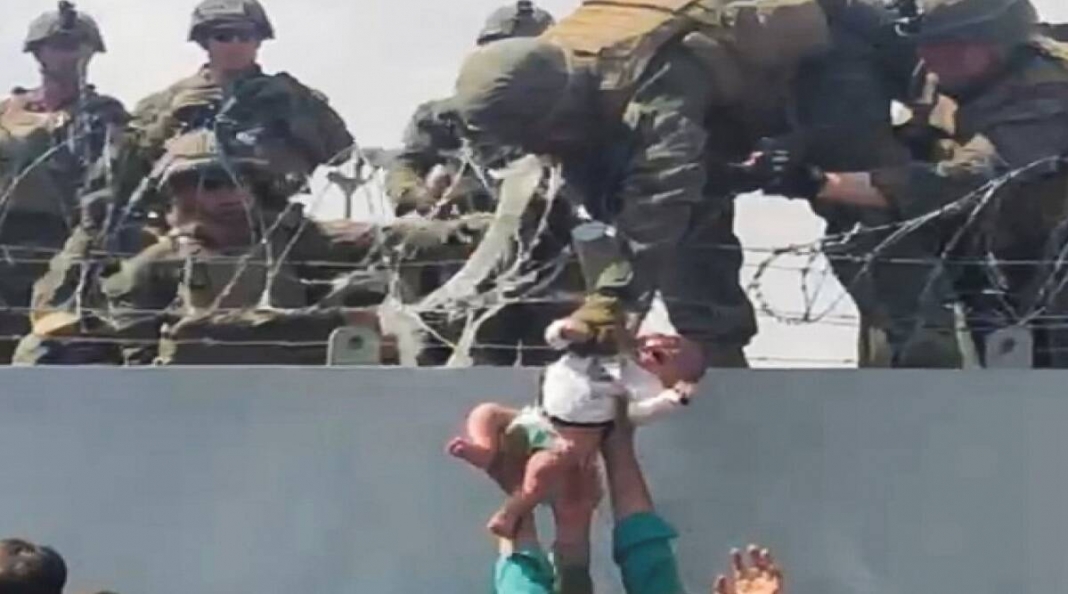 Despite holding strategic ground, leaving in such an abrupt manner has put a lot of lives at risk, especially children’s. Some videos from the military compound in Kabul starting circulating on social media earlier this week wherein parents, in sheer desperation, could be seen handing over their children to US soldiers for evacuation. In other videos, Turkish soldiers were giving care to a two-month-old baby girl named Hadiya, while a soldier of the UK could be seen holding an Afghan baby. These images and videos are more than enough to not only haunt Biden or the US, but every human being who has been. These images and videos of hopelessness and despair will not only haunt Biden but will be a source of anguish for everyone who has been observing the deteriorating situation in Afghanistan. 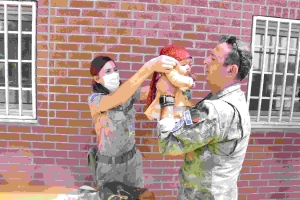 While talking to Minute Mirror, a US academic and Professor of Humanities at the State University of New York Maritime College Dr. Mark Meirowitz drew parallels between the incidents of the past week with the situation in Vietnam more than four decades back. He stated, “Incidents like these have happened in the past, like Operation Babylift in Vietnam and Operation Kindertransport, in which thousands of children were transported [from Germany] to safety ahead of World War II.”

In an operation for which the US president of the time called for funds from a special foreign aid children program, almost 2000 babies were flown out of South Vietnam at the end of the Vietnam War. On the other hand, more than 10,000 youngsters from Germany and other European countries arrived in the UK and were taken to safety, many were sent to foster homes.

“What happened in Vietnam or in World War II is pretty much similar to what has happened in Kabul at the moment,” said Dr. Meirowitz. He added, “But America does not leave its friends behind to be at risk. They tried to save people then and they are saving as many as they can now too.”

The academic further said that families were left with no other options and were in dire need of help. Ending his comment on a positive note, he added, “The babies and families reaching the US will be in good hands and will be welcomed by the American people.”

While speaking to Minute Mirror on the condition of anonymity, a local Afghan journalist said, “I have seen some horrendous scenes at the Kabul airport. The mothers were handing over their fragile babies in desperation to save them from the crowd. The area where the exchange took place is the starting point of the airport check-in, which is being guarded by the US soldiers.” He continued, “It might have taken them three to four days to reach it and they were starving.”

Expressing further concern, the journalist stated, “There is chaos as all the families want to leave the country as soon as possible due to uncertainty under Taliban rule.” He added, “People accompanied by their little babies are spending nights at Kabul airport under the sky which is not safe at all.” 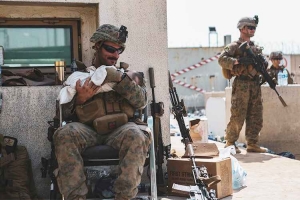 However, the evacuation mission of the US and its allies has been stepped up as most of the embassies have announced that they would not be functioning after the US completes its withdrawal.

According to local media reports, more than 80,000 people, foreigners, and Afghans both, have been evacuated since August 15.

Meanwhile, international organizations have also drawn attention to the dire situation of children in Afghanistan. In a statement on Monday, UNICEF Executive Director Henrietta Fore stated, “Today, around 10 million children across Afghanistan need humanitarian assistance to survive. An estimated 1 million children are projected to suffer from severe acute malnutrition over the course of this year and could die without treatment.”

Unfortunately, that is not all there is to the situation. According to a UNICEF report, an estimated 4.2 million children are out of school, including more than 2.2 million girls. Since January, the UN has documented over 2,000 grave violations of children’s rights while approximately 435,000 children and women are internally displaced.