What we need to review is the priorities of us all. Today, a time has arrived to show sincere solidarity to the nation and beloved motherland for our collective survival that may also save country from prevailing default situation 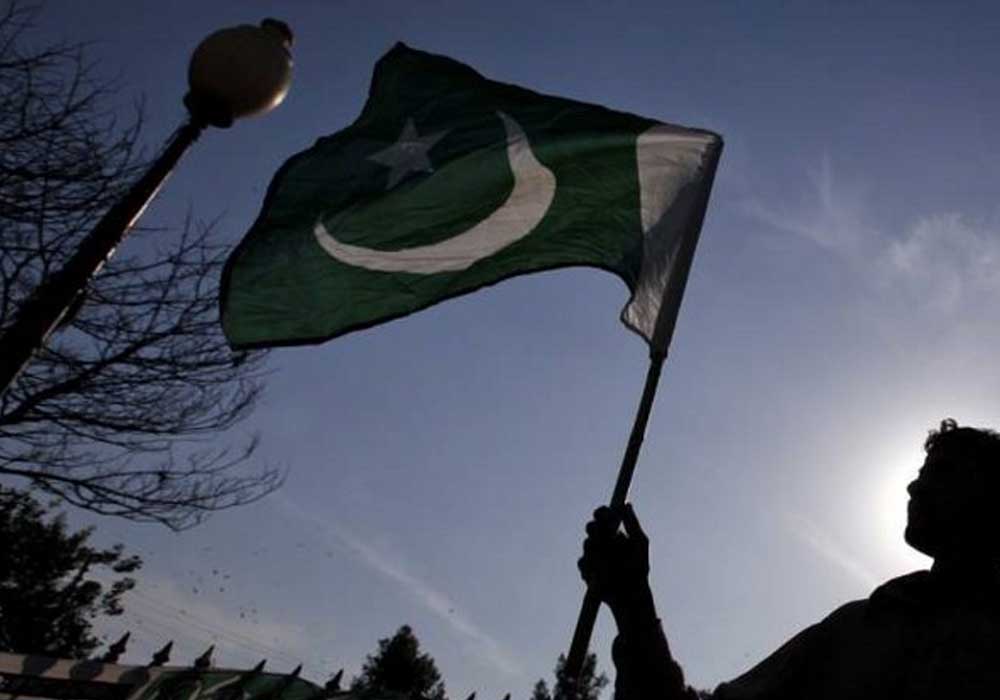 One shouldn’t feel reluctant to concede that politics in Pakistan has been sailing through the deepest degrees of ethical political values that miss out on almost every core objective and purpose of democratic functioning in a democratic society.

Since we were young enough to have a superficial understanding of the political maze, a sentence always remained the talk of the town “Pakistan is passing through sensitive financial and strategic terrain” that kept us tracing and embarked on our eardrums till a time came we have young children of that age. Precisely but very truly, a whole generation has been brought up listening and observing the same circumstances comprising despair, destitute and desolation, so and so that there seems no light at the end of the tunnel, although still, every citizen feels the circumference to default, may be virtually we have defaulted already.

Despite all this fiasco and sufferings and deep routed challenges, political solemnity is still noted as scarce among Pakistani political leadership creating wide space for deep state forces to meddle in an irrelevant forum. Therefore, out of 75 years, Pakistan spent several decades under martial law regimes. However, the constant lust for power among politicians, leg-pulling culture and repeated knocking of ‘Pindi Gates’ created multiple quandaries for Pakistan and it could never come out of a developing country status repeatedly asking for aid, donation and assistance packages.

In to the bargain, a time comes when an outgoing ‘number one’ openly admits his predecessors’ non-apolitical roles played out in civilian fields. Unfortunately, the public grievances and sufferings couldn’t convince civ-mil leaderships to join heads at a table and sit tight until they could draw their own domains to restrict themselves into it, neither they could develop comprehensive long-lasting national strategies involving the economy, foreign policy, defence, terror, long term development projects and other perpetual political stability etc. What, at least, be admired is the fact that the deep state has grasped enough political maturity that it avoids direct take-over, but why political elites still allow and seek Khakis’ intervention into politics stands explorable, at yet.

Doubtlessly, the Pakistani military has proven its worth on military fronts, no matter it be a conventional war to tackle Indian borders or the toughest guerrilla wars fought in Southern and Northern Waziristan areas. On every front and in any format they proudly met with success. Hence, our enemy state India has a lot to learn from our military professionalism, likewise, Pakistan’s democratic forces have a lot to learn from the Indian democratic system. Just a comparative content analysis of a number of military chiefs and Prime Ministers along with their tenures since independence to date would be enough for a common citizen to justify the apolitical sham of the military and the deplorable role of political elites.

Admissibly, Pakistani youth has proven potential on part of skills and intellectual but the governments remain unable to extend proper facilities and forums to let them show their skills and talent, resultantly, in a single year during 2022, six to seven lac skilled youth left Pakistan in search of better future at abroad. Recently, to fill up the posts of around 1200 Police constables, more than thirty thousand unemployed youth tried their fate in Capital City, depicting a clear picture of the unemployment scenario in Pakistan.

It’s also an undeniable fact that nature equips Pakistan with rare precious mineral-stuffed mines and deserts but we are again unable to explore them even after turning up to 75 years of age. Pakistan has rich land fields growing to suffice wheat, rice, cotton, sugar cane, several seasonal fruits and dry fruits but still, we import wheat from abroad, face soaring sugar and wheat prices, dry fruits and seasonal fruits lag at large to seventy-five percent of the population. Pakistan has the largest salt mine reserves but a third country used to export Pakistani products with her branding. Our failure was not building our own resources to explore Reko Diq mines for decades, the consequent failure was the fishy agreement signed to explore these mines and the third consecutive failure was unwarranted judicial activism to abruptly voiding of an international agreement till an international custodian imposed $6 billion penalty at us. All this is a perfect case study to acknowledge and testify that we have the potential but we lack good faith, we are colossally blessed by nature but we lack commitment, dedication and direction to prosperity.

Political leadership is there but entombed by apolitical forces. Their visionless approach regarding long-term national projects deterred the pace of progress and prosperity but surprisingly, political leaders had a clear vision for their own inherent politics, let’s name a major political party, and there we find its political jansheen (son or daughter). Unfortunately, Pakistan couldn’t produce any quotable non-controversial leader during the last three-quarters of this Century who may be referred to being a true political mentor.

Name PML-N, we saw elder Sharif as PM and younger Sharif as CM, Punjab; younger Sharif as national opposition leader and the little Sharif as provincial opposition leader; then we have young Sharif as PM, so little Sharif was CM, Punjab. Then we have Bhutto’s family chain system in power after the late Zulfiqar Ali Bhutto, it was (Late) Benazir Bhutto, then it was Zardari and, today, little Bhutto Zardari is the potential candidate for PM-ship during upcoming elections. We have Molana Fazlur Rahman as President, JUI (F) after the late Mufti Mahmood yet his grandson has been elected Minister for his slot; talking about Asfandyar Wali Khan’s legacy, today his son replaces him and many more.

Apolitical military and political leaderships remained unsuccessful to build a national consensus on the much-needed mega project of ‘Kala Bagh Dam’. What we need to review is the priorities of us all. Today, a time has arrived to show sincere solidarity to the nation and beloved motherland for our collective survival that may also save the country from the prevailing default situation. A priority must be allocated to dealing with emerging climate change challenges like food insecurity and financial emergency.