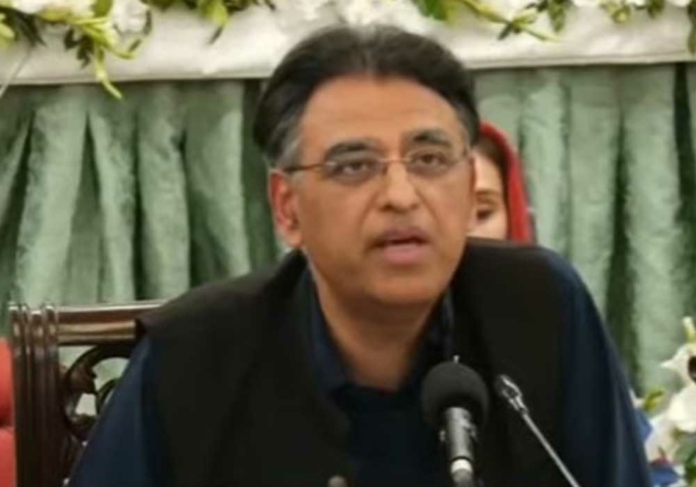 PTI leader Asad Umar has said that the appointment of the next chief of army staff should be on merit and it does not concern PTI.

While talking to a public gathering in Jhang on Saturday, Asad Umar said that Imran Khan has no interest in appointing the chief of his choice as he doesn’t use institutions for his benefit.

Asad responded to a question by stating that the PTI had not started a war to gain power and cited the party’s accomplishments, such as its victory with a commanding lead in the Punjab elections on July 15.

According to Asad, “Haqeeqi Azadi was not just Imran Khan’s battle,” but also included the people of the country on an equal footing. He pleaded with the PTI members to support their party’s leader.

He criticized Prime Minister Shehbaz Sharif on his London visit stating that one family is taking the most important decision for Pakistan on foreign territory.

He called it an ‘absolute joke’ that the Prime Minister of Pakistan is consulting a man who is proven criminal in a court of law and also an absconder.

Earlier, Information Minister Marriyum Aurangzeb said that Prime Minister Shehbaz Sharif had extended his stay in London by one day.

PM Shehbaz Sharif was scheduled to leave for Pakistan on Friday night after a series of meetings with his older brother Nawaz Sharif during his visit to the UK.

The PM, however, appears to have changed his plans and decided to remain in London in a late-night development.

PM Shehbaz held important conversations with his brother and party leader Maryam Nawaz, who is also now in London, according to local media reports.