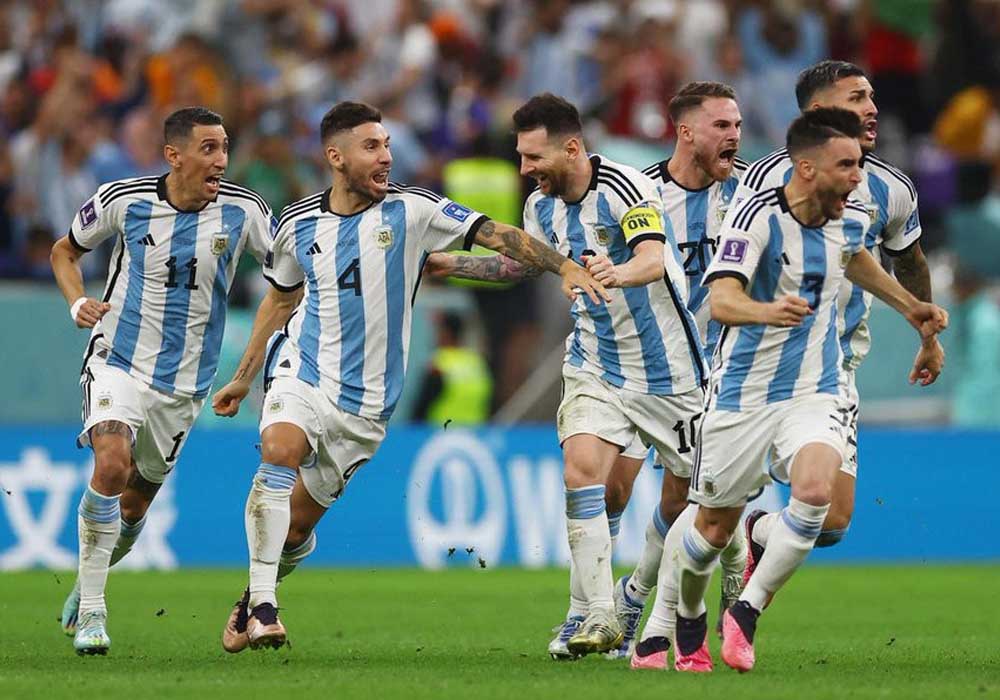 Argentina defeated 2018 runners-up Croatia 3-0 in the first World Cup semi-final on Tuesday thanks to two goals from striker Julian Alvarez and a Lionel Messi penalty.

The two-time world champions, who had the support of the vast majority of spectators at the Lusail Stadium, put on their best performance of the competition to guarantee that they would face the winner of Wednesday’s semifinal match between the defending champions France and Morocco in Sunday’s final.

Messi, 35, who lost to Germany in the 2014 World Cup final, is eager to cap off an exceptional career by helping Argentina win its third World Cup, after 1978 and 1986.

Additionally, he ensured the victory by superbly setting up the third goal after putting his team on the path to victory with a perfectly executed first-half penalty.

Croatia, who finished second in Russia four years ago, paid the price for some very bad defence by exiting the tournament in the semifinals for the second time after losing to France in their inaugural match in 1998.

Enzo Fernandez’s low pot attempt from beyond the box in the 25th minute was the game’s first indication of excitement, but Croatian goalkeeper Dominik Livakovic did well to reach over and block it.

It was a close match until Fernandez lofted a straightforward ball over the top, which the Croatian defence couldn’t handle.

Alvarez pounced on it and knocked the ball past the charging Livakovic, who then collided with the striker, and Italian referee Daniele Orsato pointed to the spot.