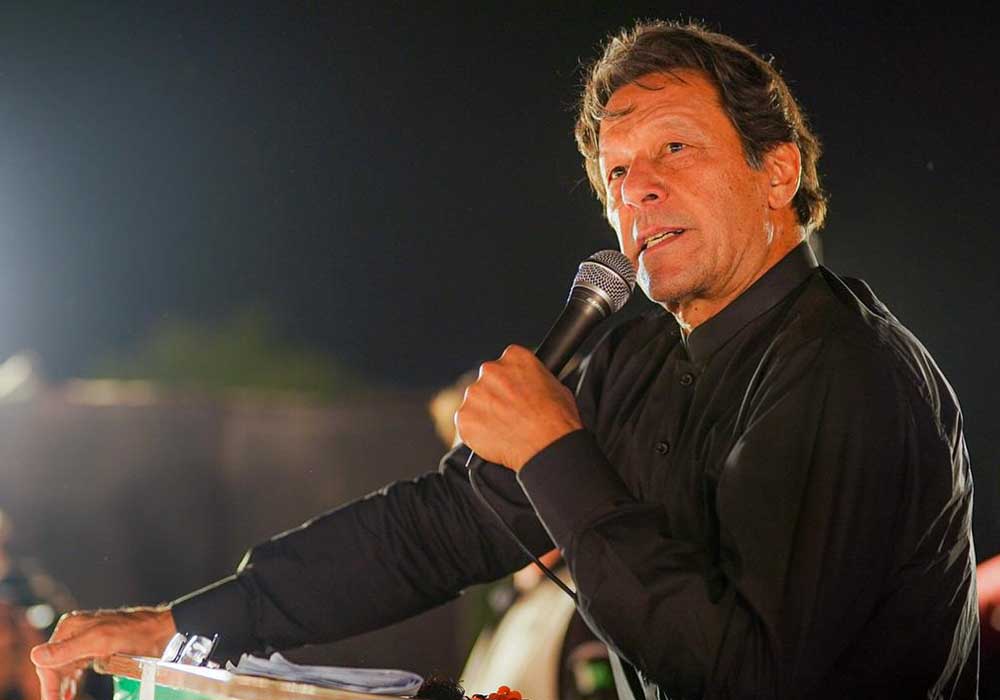 In a statement on Monday, the ISPR said, “Pakistan Army is aghast at the defamatory and uncalled for statement about the senior leadership of Pakistan Army by Chairman PTI during a political rally at Faisalabad.”

The statement released by ISPR said that an attempt had regrettably been made to discredit and undermine senior leadership of Pakistan Army at a time when the institution has been laying lives for the security and safety of the people of Pakistan every day.

It has also said that senior politicians trying to stir controversies on appointment of COAS of Pakistan Army, the procedure for which is well defined in the constitution, was most unfortunate and disappointing.

According to ISPR’s press release, “senior leadership of Army has decades long impeccable meritorious service to prove its patriotic and professional credentials beyond any doubt”.

It further stated that politicizing the senior leadership of Pakistan Army and scandalizing the process of selection of COAS was neither in the interest of the state of Pakistan nor of the institution; adding, “Pakistan Army reiterates its commitment to uphold the constitution of the Islamic Republic of Pakistan.”

Earlier, the senior leadership of the country including the prime minister, and leaders of the PPP and PML-N bashed Pakistan Tehreek-e-Insaf (PTI) Chairman Imran Khan, terming his remarks about the new COAS’s appointment ‘poisonous allegations’.

Imran Khan, during a rally on the previous day, had said that in order to save themselves from the corruption cases, the PPP and PML-N wanted appointment of COAS of their choice.

Imran Khan had also said that the army chief should be appointed on merit but the ruling parties wanted to bring their own army chief so that PPP and PML-N chiefs would not be asked about the looted wealth.