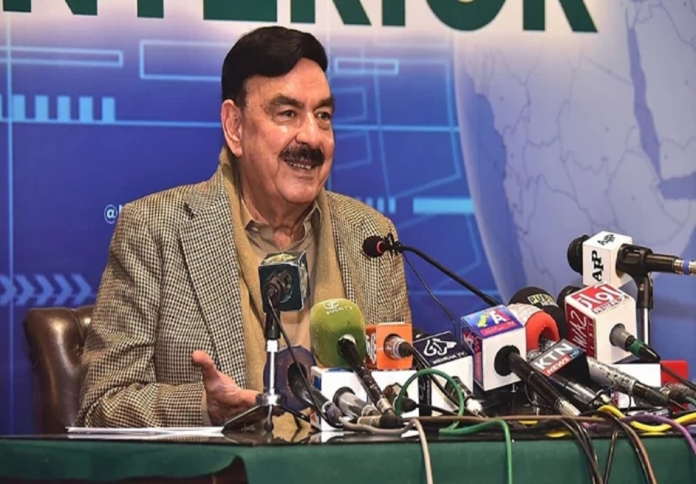 Awami Muslim League (AML) chief Sheikh Rasheed Ahmed has said that the army was moving away from politics and the 13 political parties were also going to go away. He said that NAB cases will be revived and they all will have to go back to jail.

He said that he was going to restore relations with the establishment after seven months and now he has started getting active but will stand with Imran Khan.

Addressing a press conference in Lal Haveli the former home minister said that it was a new morning, new politics and new beginnings were going on while ‘judo karate’ was over. He said that they will leave Lal Haveli at 12 noon tomorrow and go to Murree Road.

Sheikh Rasheed claimed that elections were going to be held in April-May and there was no other solution. He said that if anyone has a solution then come out. He further said that the people fell into the mill of inflation and Ishaq Dar failed.

AML Chief said that a new history of politics was going to be set in Rawalpindi and whatever announcement Imran Khan will make tomorrow will be implemented. He furthered that the change of army leadership has been welcomed by all.

Sheikh Rasheed added that General Bajwa had also said that the economic situation was very serious. Imran Khan and the President made the best decision in time. He further said that the decision of the sit-in and rally will be taken by Imran Khan.

Criticizing the government he said that it was a complete failure and an enemy of the poor. He said that Imran Khan’s life was in danger and only he could solve economic problems with the support of the people. Pakistan is close to default.

He said that after tomorrow’s march thee will start preparing for the elections while the political graves of 13 political parties have been dug.