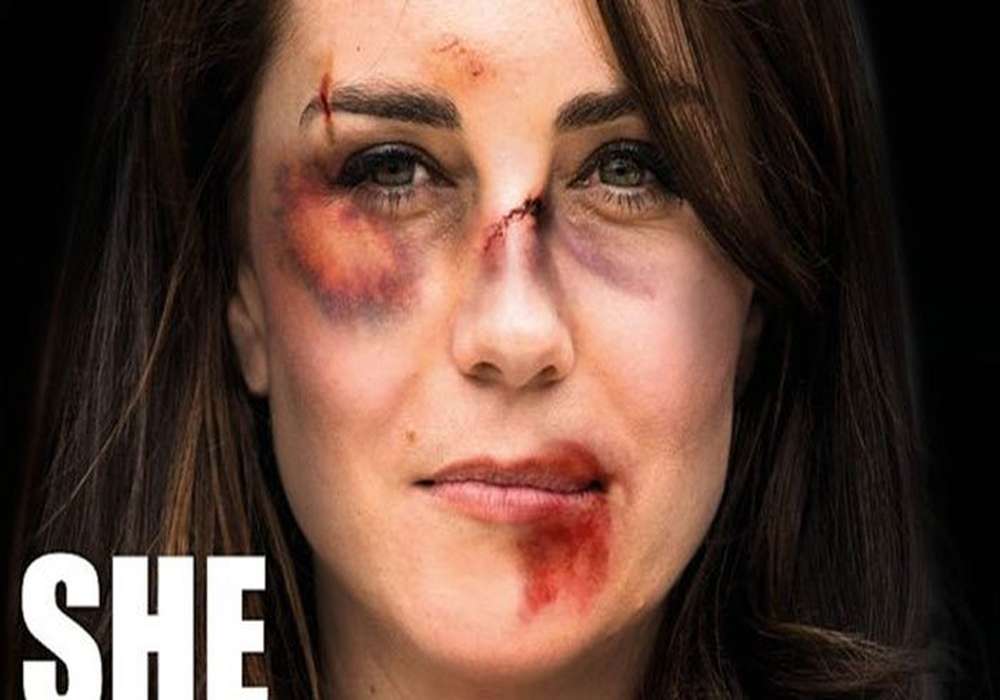 The will to make a point may have gone too far after artist AlexSandro Palombo photoshopped cuts and bruises on an image of Duchess of Cambridge Kate Middleton to look like she had suffered domestic abuse.

Posting the image on Instagram last week, Palombo aimed to use the picture to raise awareness regarding the prevalence of domestic violence against women. Palombo accompanied a caption, which read: “She reported him – But nobody believed her – But she was left alone – But she was not protected – But he was not arrested – But she was killed anyway.”

In his accompanying caption, Palombo also wondered why women would report their abusers if there was little chance for redress due to state silence on the abuse. He said that politics was played on the grave matter, but proper action didn’t follow suit. He furthered that a few good Samaritans were countering domestic violence, but the state institutions had to take the lead in bringing about change.

Domestic violence is a grave issue, with the United Nations Women (UN Women) having estimated close to 736 million victims worldwide. UN Women has noted that these women have faced domestic abuse at least once in their life, which is characterized by either ‘intimate partner violence, non-partner sexual violence, or both’. This harrowing figure does not include sexual harassment.