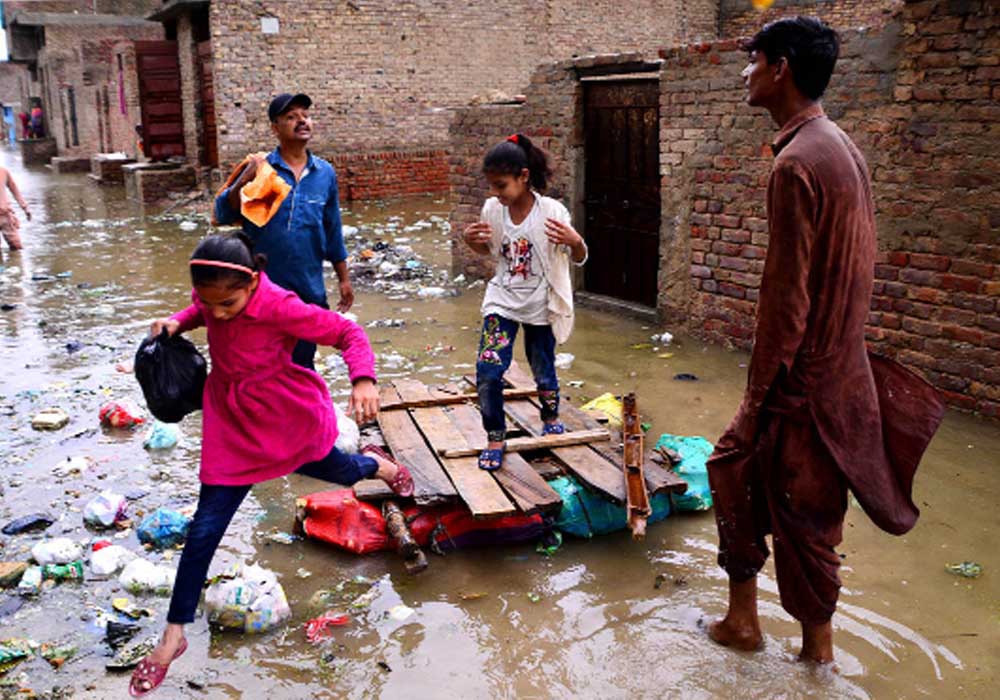 The Sindh government on Tuesday declared 23 districts of the province calamity-hit due to the devastation caused by extraordinary monsoon rains followed by devastating floods.

It may be mentioned here that various areas of Hyderabad, Mirpur Khas and Shaheed Benazirabad divisions experienced moderate to heavy showers on Tuesday. It started raining early morning and continued intermittently the whole day, further submerging localities in different towns and villages across the regions and adding insult to injury to those who already took shelter at so-called relief camps established by the Sindh government and in their makeshifts settlements along the roads. Heavy rainfall of 180mm was recorded at Chhachhro town where low-lying localities came under rainwater.

Those staying at the roadsides under the open sky talking to media persons lamented that the current spell of heavy rains had multiplied their miseries, as according to them, they were yet to be provided with tents and other relief items by the high-ups of the Sindh government. They deplored the fact that their children and elderly family members were falling sick and they were unable to shift them to hospitals for proper treatment.

It is pertinent to mention here that over 90 per cent of rain and flood-affected people who took shelter on the roadsides or at safer places at sandy dunes in the Thar region have not been provided with tents and other relief goods in the wake of continuous heavy falls despite the tall claims made by Chief Minister Syed Murad Ali Shah and other high-ups of the Sindh government. The Internet services and supply of electricity remained suspended for several hours during heavy downpours in various areas.  After the recent spell of rains, the flows in Left Bank Outfall Drain (LBOD) and drains were again on the rise and created problems for thousands of families living along both sides of the banks of the deadly drains. The breaches occurred to Amir Shah Drain and other drains near Golarchi town of Badin that wreaked havoc.

Separately, a lighting strike killed a 12-year-boy and injured five others near Mir Khana Mori of Taluka Mirpur Bathoro in the Sujawal district. A group of farmers was working in the farmlands when the lightning struck, leaving all of them with severe burn injuries. They were rushed to Taluka Hospital Mirpur Bathoro where Abdul Aziz Malah, 12, succumbed to his injuries. Meanwhile, the Met Office predicted a three-day spell of rains that started Tuesday night with heavy to moderate showers in several cities of the province. 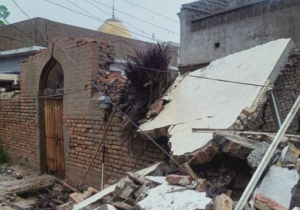 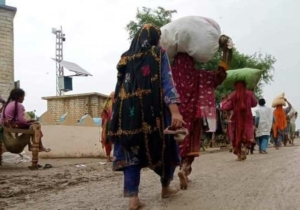 The Met Office said a “strong low-pressure area”, currently located over eastern India, was likely to approach Sindh on August 23 and under its impact, moderate and heavy rain-thunderstorms were expected in several parts of the province till August 25. 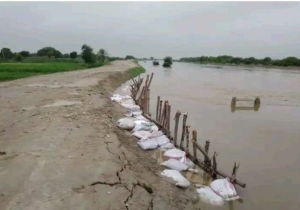